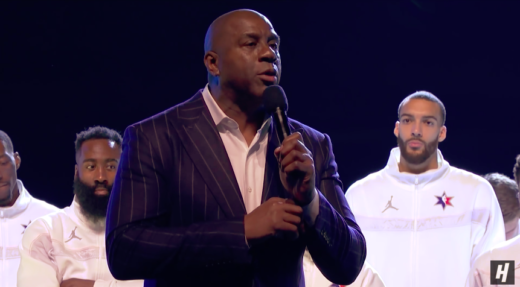 Johnson said Stern “saved my life, and the lives of millions of people” when Stern allowed him to play the 1992 All-Star Game in Orlando after Johnson announced he was HIV positive. 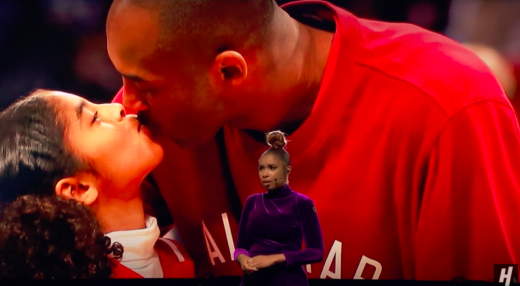 After Johnson gave his moving tribute to Stern and then Bryant, Chicago native Jennifer Hudson entered the stage at the United Center. Hudson, who is an Oscar-winning singer and actress, sang a stirring rendition of “For All We Know (We May Meet Again)” while images of Kobe Bryant were shown in the background.
Kobe Bryant Tribute at 2020 NBA All-Star Game