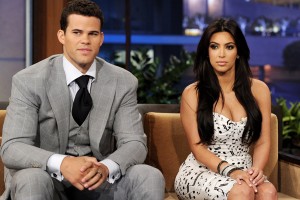 Just when we thought everything was calming down, it appears not! Sources are saying that Kris Humphries is planning to sue Kim Kardashian. Why? Life and Style magazine says,

“Kris has a legal team investigating his options. He’s claiming his roleÂ  on Kourtney & Kim Take New York is bigger than heÂ  was told, and that’s why he wants more money. But Kris is also suing becauseÂ  he’s really worried about how badly he’s going to be portrayed on the series.”

I would definitely agree that Kris has a big role in the upcoming reality series so he does deserve more money. In my opinion, the divorce hasÂ made his role even bigger. Since Kim has announced it, his celebrity has gotten bigger and more people have become interested in him. Therefore, the ratings for Kourtney & Kim Take New York are sure to sky rocket. We all know that Kim is about her money but it looks like Kris is too!

Do you think it’s wrong for Kris to sue Kim or would you do the same thing?