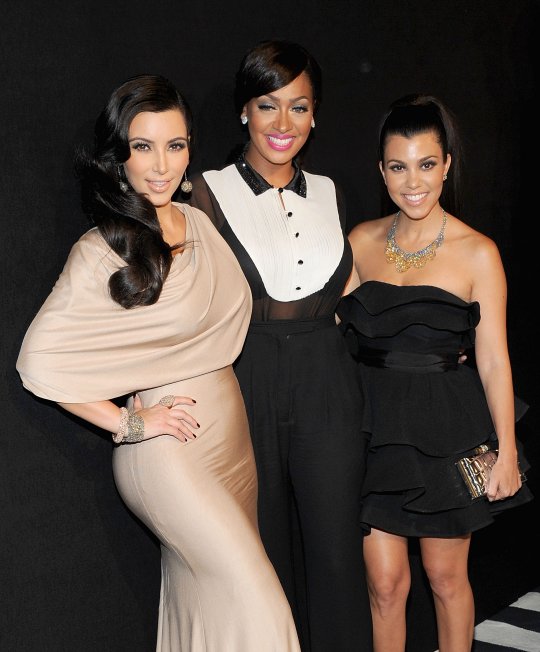 Last night La La welcomed one of her close gal pals, Kim Kardashian, and her new hubby to NYC. The party which was called A Night of Style & Glamour was held at Capitale Ballroom which is located in a historic part of New York.Â  The party was held to honor Kim’s big move to New York. Kim looked dazzling as always.Â  However, La La changed her look up a little bit though. She sported a feminine tuxedo that showed off her curves while still keeping true to the classic look. 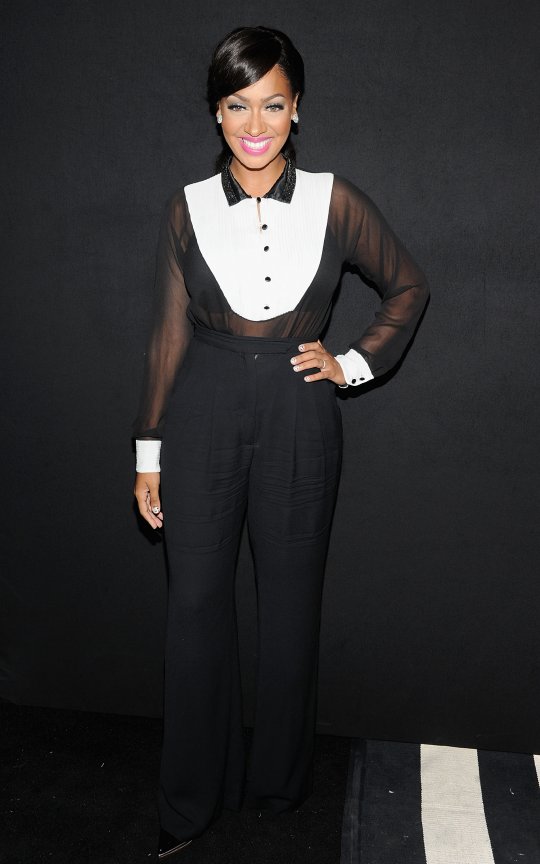 Looking at the array of outfits displayed by Kim and her sisters, I would venture to say that La La wore this outfit to match the theme of the venue. An awkward fact from the party, included a violinist who played in black lingerie. Now that’s different! 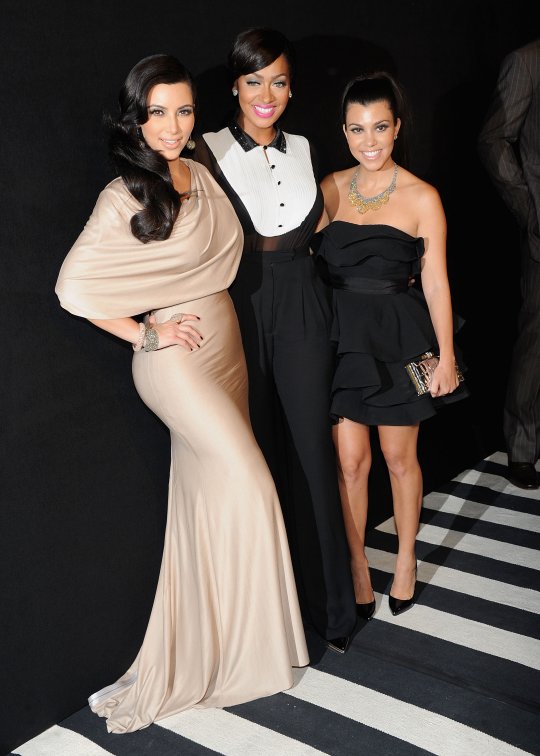 La La really stood out last night amongst the Kardashian clan. As always though, she stayed classy pairing the tuxedo with diamond earrings and bright pink lipstick. 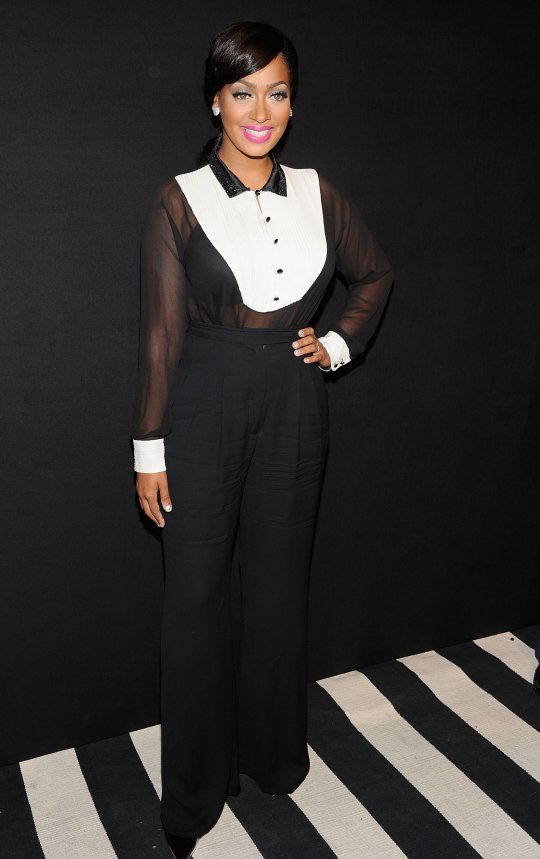 The reality tv show star has been everywhere promoting her new show La La’s Full Court Life on VH1 which she just revealed a billboard for in Times Square. 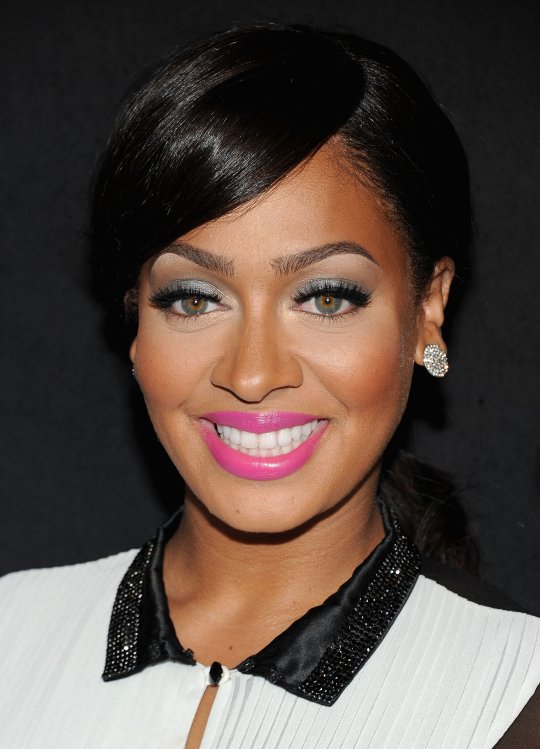 Continue to be a stand out celeb La La! I wish you nothing but the best!