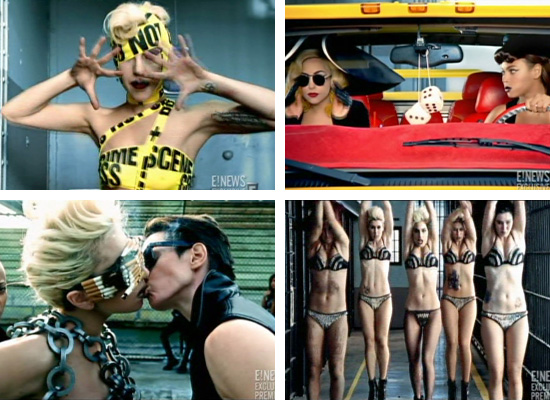 The homies over at Gossiponthis are reporting that Lady Gaga is defending her highly controversial new video â€œTelephone.â€ The almost 10 minute short film has caused a stir both on and offline, and within 3 days of its premiere on Vevo.com, it has received over 20 million views! And even though most, if not all, of the media is making a mountain out of a mole hill over what they call â€œsuggestive tonesâ€ in the clip, Lady Gaga is pleased about the outcome and believes it will have a lasting impact on her little monsters for years to come.

This is what she said:

â€œThere are transsexual women and transgender women and suddenly it becomes poisonous and something else because there are some people in this world that believe being gay is a choice. Itâ€™s not a choice, weâ€™re born this way. Thatâ€™s why for me this video is groundbreaking because it has one foot in the art community and one foot in the commercial world.

â€œThere are no rules or limits when it comes to love. But I see love as separate from sex.â€