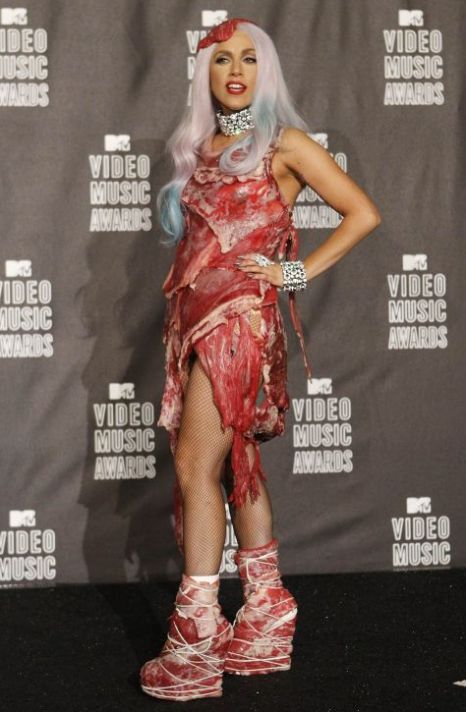 On Thursday, the Rock and Roll Hall of Fame will unveil Lady Gaga’s infamous raw-meat dress to the public. The meat dress was made of layers of Argentinian beef and kept in a meat locker, placed in a vat of chemicals and then dried out by taxidermists in California before being transported to the museum.

Hall of Fame spokeswoman Margaret Thresher says the dress took on a “dark, beef-jerky” look while dehydrating, so it was painted to look “fresh” afterwards. The entire process took several months to complete.

The dress is being displayed as part of the “Women Who Rock: Vision, Passion, Power” exhibit, which runs until February 2012. I’m still trying to wrap my head around the fact that she wore a meat dress! However congrats to Gaga on her dress being inducted.