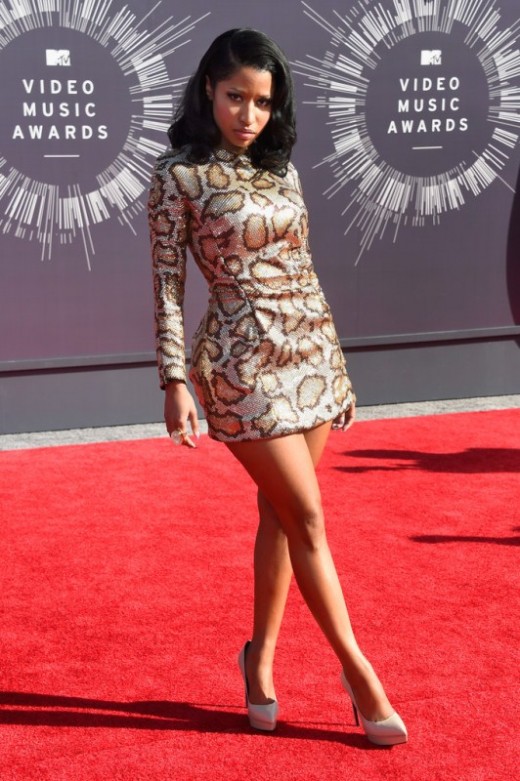 Nicki Minaj’s alma mater, LaGuardia High School, will NOT allow her to speak to the students! Minaj wanted to speak to students about her rise in fame and experiences in the music business, but the principal was not having it!

Nicki Minaj has run the (rap) game for over five years now and has no plans on stopping! She, like many other MCs, has had a hell of a journey to self-discovery and fame. Therefore, it only makes sense that the “Anaconda” rapper wanted to go back to her alma mater, LaGuardia High School, and give students advice. However, it seems that the principal did not feel that Ms. Minaj would be an right fit to the school’s schedule.

The Young Money rapper took to her twitter to tell fans that her high school turned her down when she asked to speak to students. 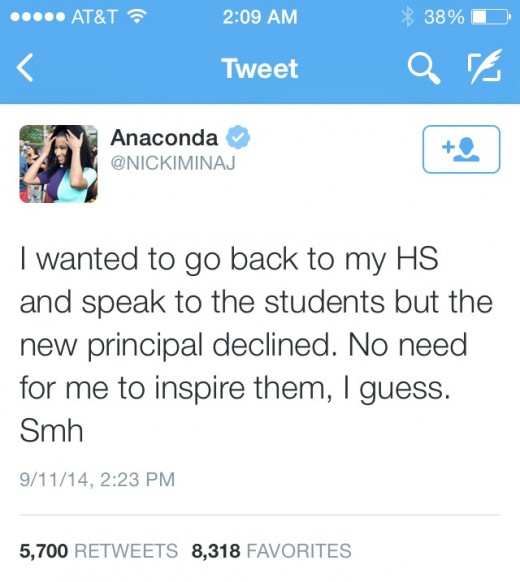 Minaj explained how she wanted to “pay it forward” to the institution that changed her life. Once current LaGuardia HS students got wind of what happened, they instantly took to twitter to express how disappointed they were about the decision. 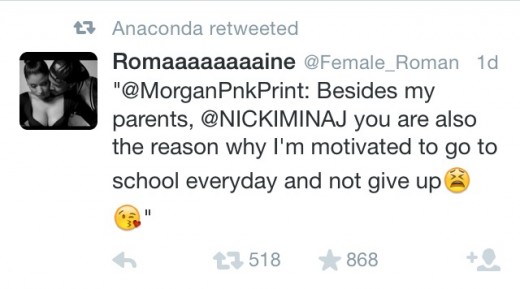 A source stated MTV wanted to film, which would have been difficult because of the school’s tight schedule. Principal Lisa Mars and Department of Education officials agreed that the shoot would “interfere” with the students.

Hmmmm…I wonder why they would not allow her to speak? I mean she has mentioned LaGuardia several times in the past. Do you belive her provocative videos and explicit lyrics influenced the school’s decision? Comment below!