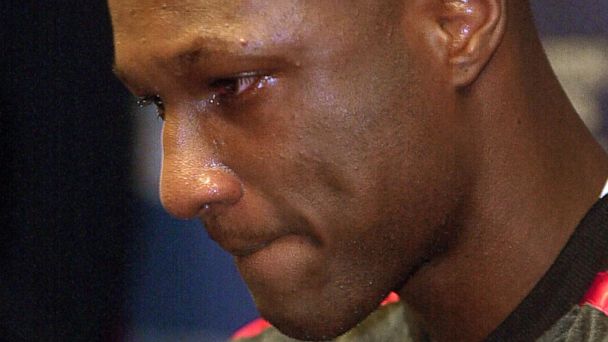 Lamar Odom is finally speaking out about his demons and protecting what he calls the only family he’s ever known.

The b-baller lets his father have it in a twitter post responding to an interview in which his dad blasted the Kardashians, blaming them for Lamar’s alleged drug addiction.

Here are some excerpts of Joe Odom’s interview with Radar Online:

“Someone’s got to speak out, I’ve got to do something about this. It’s simple. They brought him down. He would be better off without them. Let him go and get his life together. I think the best thing for him would be to have a clean break, divorce Khloe and as a single man try and get his life back together.”

“They don’t give a f*ck about my son. It’s more about the damage they do to the Kardashian brand. They brought him down. He’d be better off without them. Let him go, get his life together.”

After seeing this, Lamar went into defense mode and that’s when he tweeted the first message owning up to his “demons.” 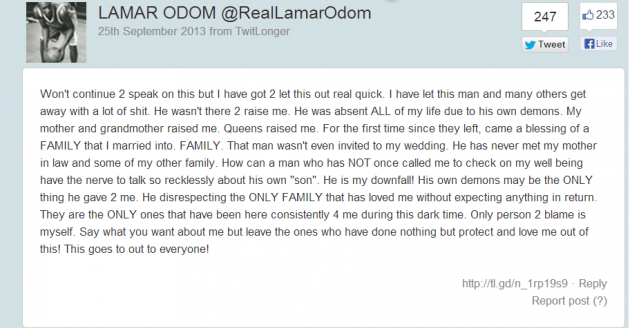 Drug addiction, possible divorce, and father son issues: sounds like Lamar is living in hell on earth right now. Hopefully things get better for him soon.