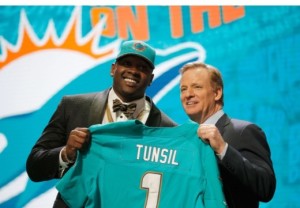 It is estimated that Laremy Tunsil has lost nearly 12 million dollars of potential pay after his twitter account was hacked and a video displaying the athlete using a gas mask bong and smoking an unknown substance emerged. After the video became public, Tunsil’s stock fell and the top college athlete was drafted far below his projected position.

NFL draft day is a time where college athletes are given the opportunity to realize their dream of playing professional football. The pomp and circumstance of draft day mirrors the storied achievement of being chosen from thousands of talented athletes to play in the coveted NFL. All athletes and football fans know that the earlier an athlete is chosen in the draft the bigger the accomplishment and the higher the pay grade. Despite movements to legalize marijuana for medical and recreational use, Laremy Tunsil’s slight fall from the top underscores the NFL’s stance on marijuana use.

Laremy Tunsil played offensive tackle for the University of Mississippi. The star was projected by some football experts to be drafted 5th, 4th or even 3rd overall in the first round of the 2016 NFL draft. However, moments before the draft even began, a video surfaced of Tunsil smoking what seemed to be marijuana from a gas mask bong. Prospective teams quickly took note and instead of a top five pick, Tunsil was drafted by the Miami Dolphins 13th overall. The video was deleted immediately after being posted and blamed on hackers, but it is estimated that this will cost Laremy Tunsil nearly 12 million dollars in pay. In subsequent interviews, Tunsil has declined to discuss this video and it is unclear how this will affect his NFL career. 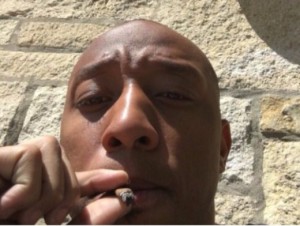 Moments after the release of Tunsil’s video, images surfaced of current NFL athlete, Chris Harris jr. smoking what seems to be marijuana. These images were also claimed to be the result of hacking and soon deleted.

The use of marijuana remains a controversial topic among athletes and lay people alike. How do you feel about recreational or medical marijuana use? Leave your comments below.
Written by: Merlie Fleurizard