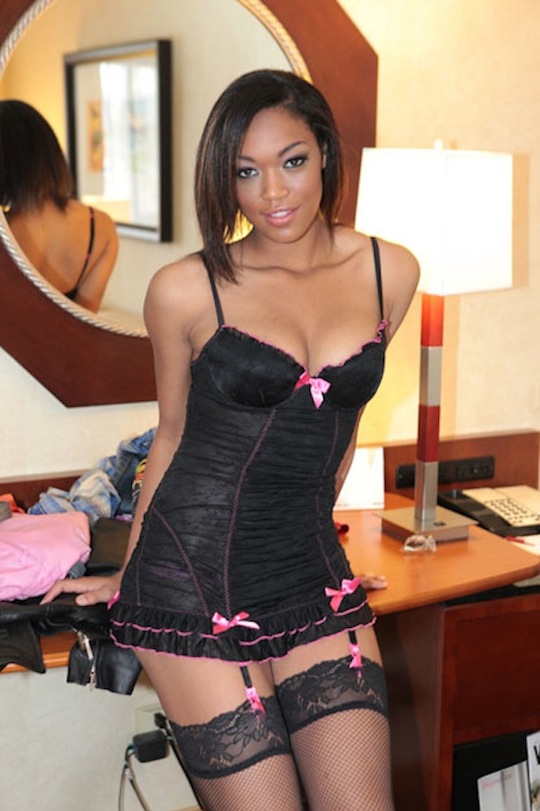 I really don’t know how I would feel if my daughter Â that I loved with all my heart decided to tell the world she’s a h*e and is doing adult films? By now, the budding adult film career of Laurence Fishburneâ€™s daughter Montana has been discussed everywhere from â€œThe Wendy Williams Showâ€ to â€œThe View,â€ with many wondering just what the veteran actor thinks about his 19-year-oldâ€™s career path.

â€œ[My dad] is very upset. I heard that heâ€™s mad at me but I havenâ€™t spoken to him yet,â€ Montana told TMZ.com. â€œI feel pretty confident that I can work things out with him.â€

As previously reported, Montana is set to debut in an adult film for Vivid Entertainment, believing that a sex tape can jump start her career the way it did for Kim Kardashian.

â€œI think he wants to support me in everything I do, and though he sees this now as a negative, I believe in time he will view it as a positive,â€ Montana said of her famous father.

She says theyâ€™ve always been on good terms and spoke to each other on a weekly basis â€“ until last week. Montana says she never warned Pops about her adult film aspirations and Â plans to have a sit-down with him soon to hash everything out.