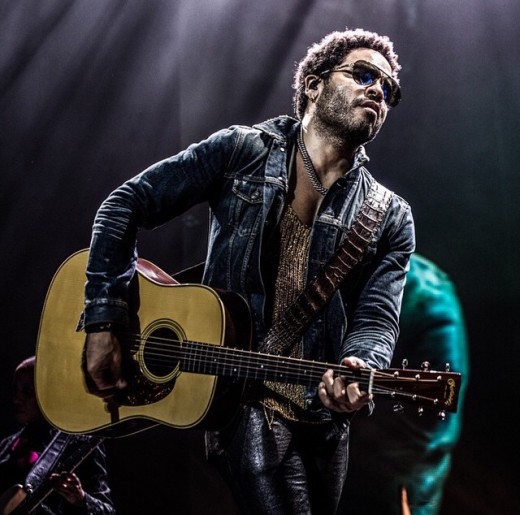 Great news for all the rock fans out there! Just when you thought that the Super Bowl XLIX could not get any better…they add rock icon and actor, Lenny Kravitz to the halftime show lineup. We have superstar Katy Perry to thank for this new addition.

Super Bowl XLIX is going to be one for the books! Last year we had pretty boy Bruno Mars rock out on stage with legendary rock group Red Hot Chili Peppers, and now it will be Katy Perry and Lenny Kravitz turn!

Perry made the announcement on Saturday during the halftime of the AFC playoff matchup between Baltimore Ravens and New England Patriots.

My first special guest is going to be an incredible rock & roll icon, a guitar god!

The “Fireworks” singer also added how cool she thought Kravitz was! It has not been confirmed if Kravitz will be Perry’s ONLY special guest. Once the “American Woman singer is done on stage at the Super Bowl, he goes right back on tour to support his latest album “Strut“!

I am extremely excited for this lineup! I think these two will make an outstanding pair on stage. Not too mention, who doesn’t love Lenny Kravitz??? Who else is excited for this performance? Comment below!