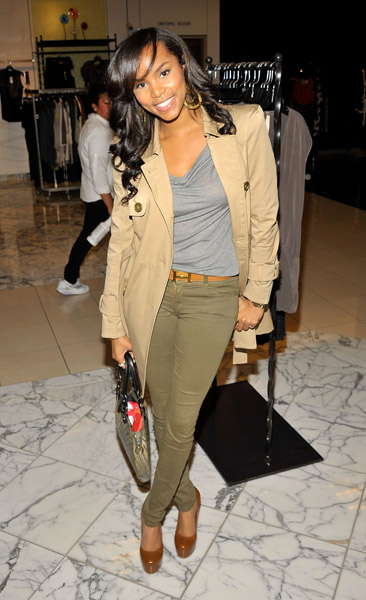 LeToya Luckett gives fans a sneak preview into her life while recording her third album, and promoting up-and-coming projects. Luckett, whoâ€™s been on a hiatus from music since being bitten by the acting bug. She has wrapped filming her third movie role, â€œFrom the Roughâ€ and has been acting on the HBO show â€œTreme.â€ The songstress wanted to give fans an â€œinside look at the process of recording my album, movies & projects Iâ€™m promoting.â€

Her last album â€œLady Love,â€ performed to lukewarm success compared to her debut platinum-selling album. The poor sales resulted mainly because her former label Capitol Records halted funding and promotion for the project. The former Destinyâ€™s Child member released only two singles â€œNot Anymoreâ€ & â€œRegretâ€ which featured Atlantaâ€™s own rapper, Ludacris. Since then the singer parted ways and is reportedly now signed with a new label thatâ€™s she keeping under wraps.