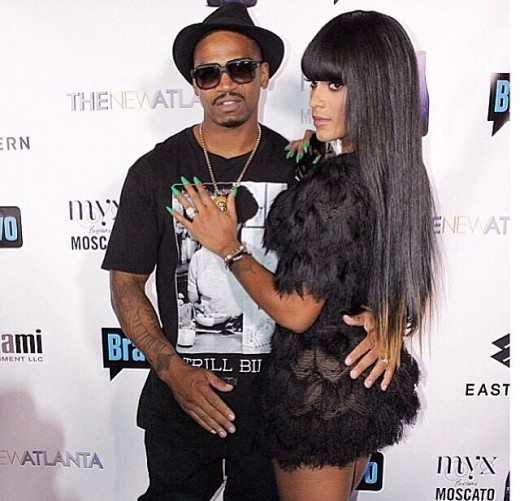 “Love & Hip-Hop Atlanta” star Stevie J implied that his wifey, Joseline, maybe expecting! He wouldn’t give up too much information in a recent interview, but he did confirm that the Jordan Family is expanding!

Congratulations are in order for Love Hip-Hop Atlanta’s infamous couple, Joseline Hernandez & Stevie J. Stevie recently talked with Reggie Brown of V100.7 in Milwaukee about he and Joseline’s marriage and after confirming that their union was genuine, he stated, “We got a new addition with the family too, but I don’t want to say too much, you know? We’re extending the Jordan family if you understand what I mean.”

I know this new information is great news for the producers of Stevie & Joseline’s upcoming spin-off show that he announced back in early September when he tweeted “Coming Soon!!! #StevieandJoselineShow”

All right, Stevie! Whether Joseline is truly with child or the two are just adopting a homeless pet, we wish you all the best!