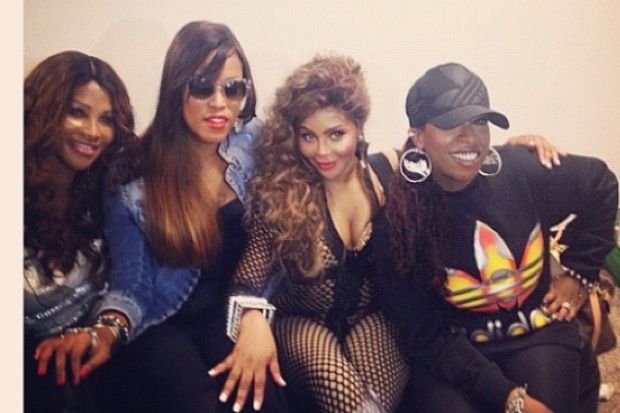 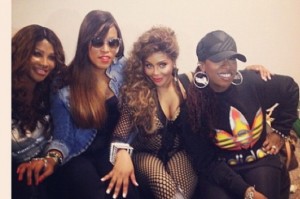 Lil Kim, Eve and Missy Elliott may join femcee forces to go on an exclusive tour with one another!

The ladies shared the stage with Kim at the Paradise Theatre for her â€œReturn Of The Queenâ€ tour.

Kim is also writing a book about the year she spent in jail (with pictures).

The manuscript will include the stories of other women she met and. Kimâ€™s new single, â€œLook Like Moneyâ€â€“produced by the Rockwilderâ€“ will be released next week! Check Out Photos and video below:

Lil Kim recently brought out Eve, Missy Elliott, and Pepa at her Bronx tour stop of her â€œReturn of the Queenâ€ tour over the weekend.Â Missy and Eve reunited to perform their hit single â€œHot Boyz,â€ which sent the crowd into a frenzy!

Check out some of the footage: