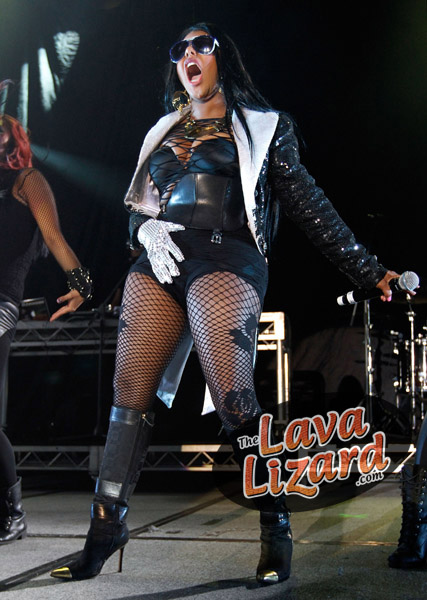 Who would’ve ever guessed that Lil Kim loved herself some MJ? In pictures from a recent concert, Kim is shown with a sequined glove gripping her crotch similar to how the King of Pop used to do. While we don’t have audio from the concert, I really hope that she stuck to rapping and left any rendition of his songs alone. 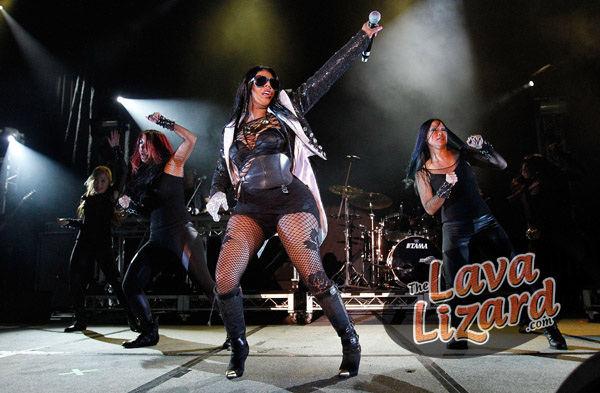 She looked fly in her get up with fish net stockings that showed off her fabulous legs. To commemorate Michael even more she even wore some aviator style sun glasses that MJ was known for wearing. Judging from the pictures above it looks like there was some interesting choreography taking place too. You think she pulled off a moonwalk in those boots? 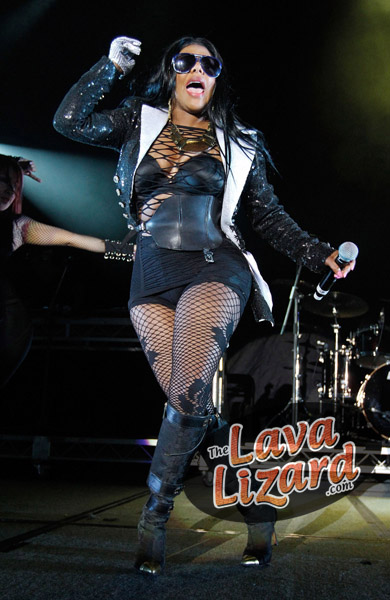 Wow! She even got her hair to lookÂ  like Mike’s! You go Kim! Seems like she went ALL out with this skin bearing outfit too. What do you think of Lil Kim’s costume to pay homage to Michael Jackson? Hot or not?