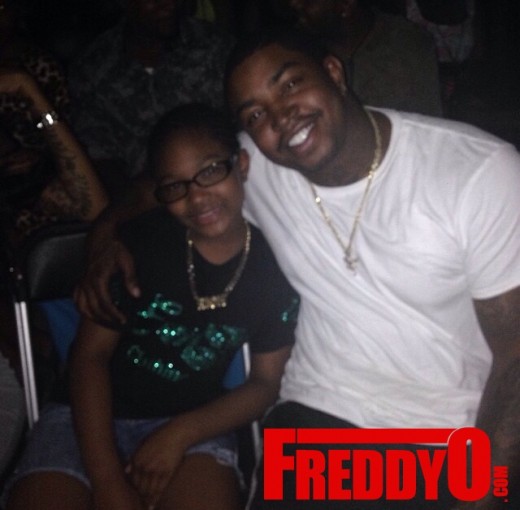 Love and Hip Hop Atlanta’s royal family Scrappy, Momma Dee, and Princess Emani experienced some racism at a Nickelodeon Resort. You know the royal family was not having any of that and “IN THAT ORDER!”

“Love and Hip Hop Atlanta’s Lil Scrappy was chilling poolside with his mother Momma D and his 9-year-old daughter Emani. They were there for a game sponsored by Nickelodeon where the staff calls kids up on stage for contests.

Momma D tells TMZ … Scrappy became furious when the staff kept skipping over his daughter and other black kids.

In the video you see Scrappy confront the host.  It’s hard to hear him, but Momma D tells us he said,

“You need to pick my daughter.  This is some racist-ass s**t.”

The person shooting the video tells us they support Scrappy’s position in the situation.

The host tells Scrappy to get off the stage, and then Momma D steps in and repeats the claim.

A rep for the resort says,

They don’t discriminate on race, color, religion, sex, or national origin. They add that participants must follow specific protocol and that Scrappy’s daughter did participate in the show.