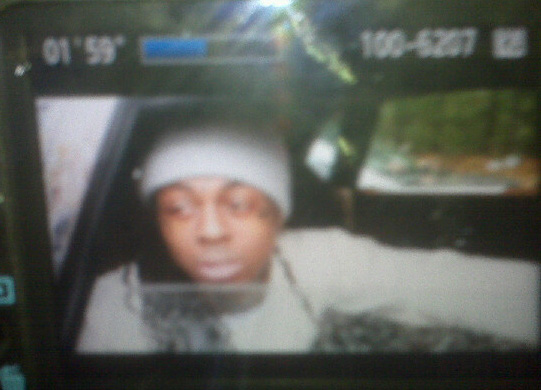 Here is the first picture of Wayne

Despite an erroneous report from a Rikers Officer on Lil Wayne’s jail release date, this morning rapper Lil Wayne was set free! Apparently in an effort to dodgeÂ  media during his release Officer Caraballo had told MTV “”His time was miscalculated. He owed, he owes one day of ‘good time,’ so it’s gonna be another night. If you get an infraction in jail, theyâ€™ll take away â€˜good timeâ€™- time that you accumulated for good behavior.â€ NOT TRUE!Lil Wayne got the hell out of dodge earlier this morning from Rikers Jail after serving an eight month prison sentence for gun possession charges after his tour bus was pulled over by New York police last year. The Young money rapper is wasting no time celebrating his release and will be in Miami, FL at a strip club and according to Drake, Lil Wayne will more than likely make a “surprise” cameo on Saturday at Drake’s Light Dreams and Nightmares Tour stop Saturday in Las Vegas.

Welcome home Weezy and Hurry up with the new music!