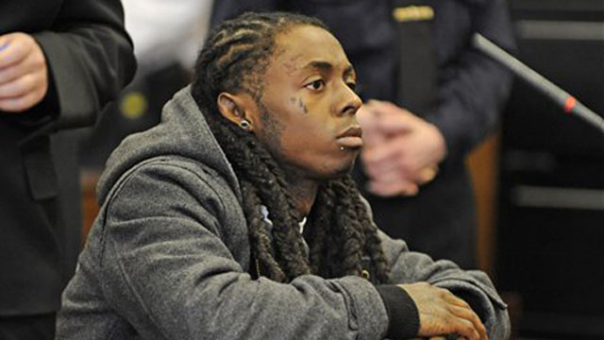 Lil Wayne is no longer a free man. The emcee appeared in a New York courtroom Monday where he was officially sentenced to a year behind bars for weapons charges. Following his sentencing, Wayne was handcuffed and taken into custody. “Weezy’s” mentor and Cash Money’s head man Bryan “Baby” Williams was in the courtroom to say goodbye, as were several of the “Got Money” rapper’s fans. According to TMZ.com, Lil Wayne asked the judge for protective custody as well as special medical attention to deal with his dental issues.

Mediatakeout.com reached out to their lawyer friend and find out

“It means it can’t extend the neck.” But there is one loop-hole in the issue – though I’m not sure it’s going to help Wayne.” Prisoners who claim Rastafarri as their religion are allowed in most cases to keep their locks. But even then there’s a process to determine if it’s genuine.”

.Lil Wayne’s legal problems arose in 2007 when police found him to be in possession of a handgun after a search of his tour bus. The New Orleans native pleaded guilty in the case last October. Lil Wayne was originally scheduled to be sentenced on February 9th, but was granted a delay until March 2nd to undergo dental surgery. That sentencing date was postponed until yesterday, after a fire broke out in the courthouse last week. Lil Wayne is expected to serve eight to ten months assuming good behavior.

Prior to heading to prison, Lil Wayne released his seventh studio album, “Rebirth.” The record dropped on