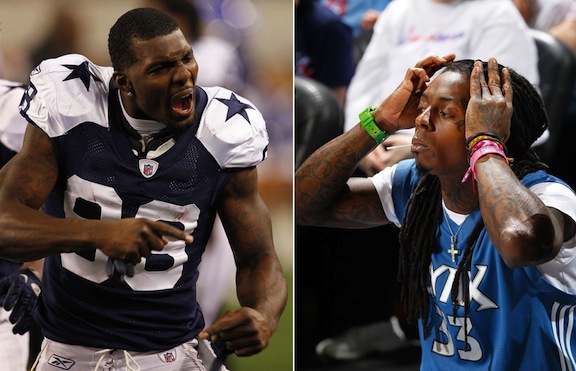 It appears as if Lil Wayne may have played a role in NFL star Dez Bryant’s run-in with Miami police last weekend. “Miami Herald” reporter David Smiley has tweeted that a Miami Beach Police source says Weezy was the “famous rapper” that Bryant got into an altercation with. Bryant, who plays wide receiver for the Dallas Cowboys, was reportedly detained by authorities on Sunday after getting into a fight with a hip-hop celebrity at the Fontainebleau’s LIV nightclub. According to the “Dallas Morning News,” things got heated when someone started teasing Bryant about his performance on the field and his mounting personal debt. Bryant wasn’t arrested for the alleged altercation, and isn’t facing any charges. Lil Wayne hasn’t commented on the speculation.