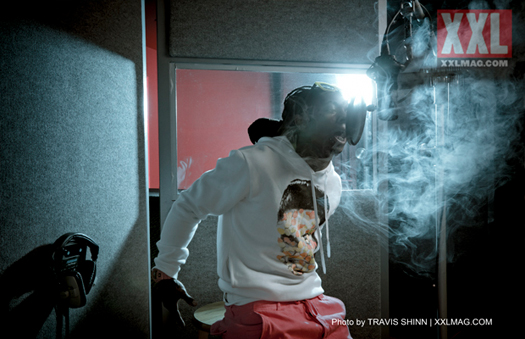 Lil Wayne’s upcoming album is ready for arrival. The rap superstar caught up with MTV News and revealed that he’s “totally done” working on “Tha Carter Four,” and it’s still scheduled to arrive on August 29th. Lil Wayne is currently heating up the charts with “Tha Carter Four’s” latest single, “How To Love.” Weezy says the song is in some ways similar to Tupac Shakur’s “Keep Ya Head Up,” noting that it encourages “women and little girls across the world” to stay strong “even though things are hard.”

Fans will once again be able to catch Lil Wayne live and in person when he kicks off the second leg of his “I Am Music Two Tour” this week. The trek resumes on Wednesday with a show in Hartford, Connecticut.