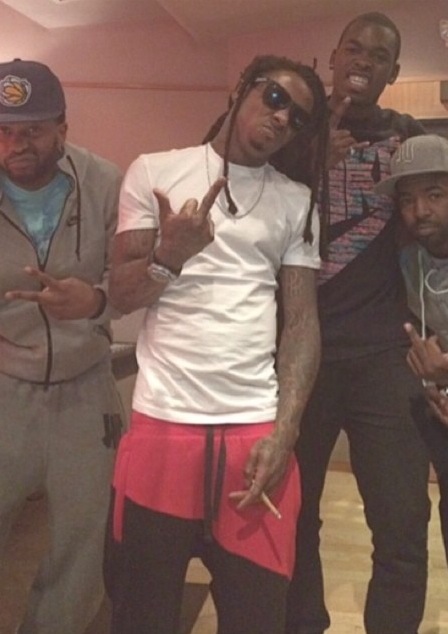 Lil Wayne is reportedly diving into the sports world alongside soccer star Cristiano Ronaldo.  A true boss diversify their portfolios with all kinds of investments. Sports seems like the perfect platform for Cash Money Millionaire Weezy.

TMZ reports that Rapper and Entrepreneur Lil Wayne has started his own sports management company with and the Real [[ RAY-all ]] Madrid star Cristiano Ronaldo is his first client.

Weezy’s company will help broker off-the-field deals for Cristiano Ronaldo in the United States.  Lil Wayne’s company is partnered with PolarisSports, which is affiliated with Gestifute — the company founded by Ronaldo’s agent Jorge Mendes.

Cristiano is already representing the Young Money team.  On Twitter Thursday he posted a picture of the Japanese prime minister and himself tossing up the Young Money hand sign. 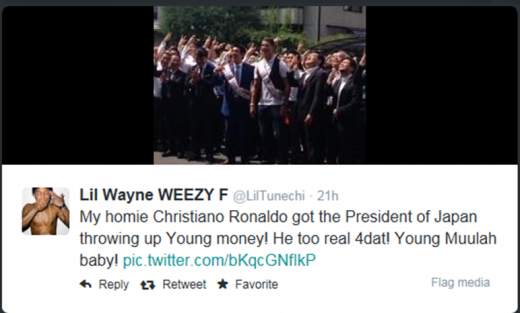 Now that is a BOSS MOVE!

Lil Wayne is not the first rapper to jump into sports management. Last year Jay Z jumped into that area by starting Roc Nation Sports. It seems like a natural extension for HIP HOP because music and sports are the biggest forms of entertainment. Congrats to Lil Wayne!

YFN Lucci releases his new mixtape “650 Luc.” In just one day it has been moving up the charts, it appears he is...
Read more