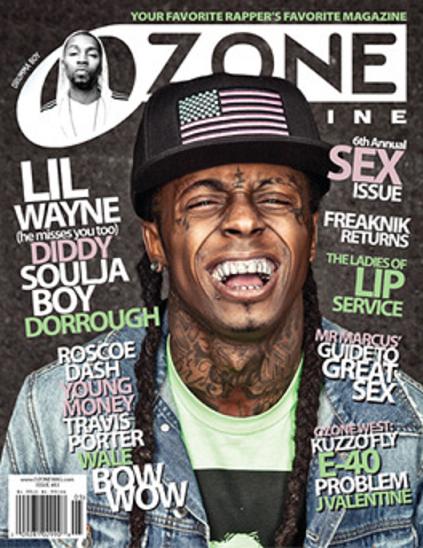 Lil Wayne is talking sex. Weezy will appear on the upcoming “Sex Issue” of “Ozone” magazine, where he talked about numerous sex-related topics before heading to jail. All four of Wayne’s kids were born to different mothers – including actress Lauren London and singer Nivea – but the rapper says that’s something that other people shouldn’t be focusing on. He explains, quote, “I don’t think what people think should be any concern of anybody’s. It’s definitely not a concern of mine. I’d be crazy if it was and you’re crazy if you are.” Lil Wayne says he won’t discuss whether or not he planned on having three kids from 2008 to 2009, adding, quote, “You’d have to be a woman that’s with me to know what phase I was going through.”

It was recently speculated that Lil Wayne was expecting a fifth child with fellow Young Money artist Shanell, but he says those rumors are completely false. He proclaims, quote, “How could that be? We’ve never had sex. How could she be pregnant from me? You’ve got to have sex to be pregnant.” The “Sex Issue” of “Ozone” magazine is expected on newsstands sometime in the near future. Lil Wayne is currently serving time in New York’s Rikers Island on weapons charges. His website, WeezyThanxYou.com, says he will be released in 189 days.