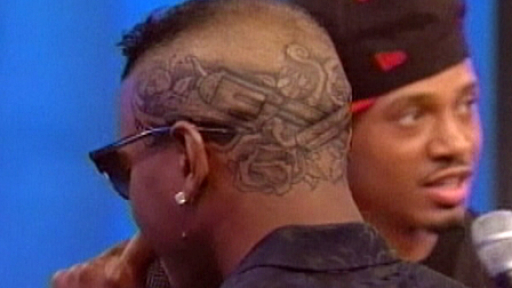 Young Lloyd is remembering his late grandfather with a unique piece of body art.Â  The singer was a guest on BET’s “106 & Park” on Tuesday where he revealed that he has a tattoo of guns and roses — not the band — inked across the back of his head.Â  Lloyd explains that he lost his grandfather on July 4th of last year, so he decided to do something special in his memory.Â  Lloyd says the ink job also relates to his music, noting that it represents his ability to go from “hard to soft.” Click Here to see more pic’s 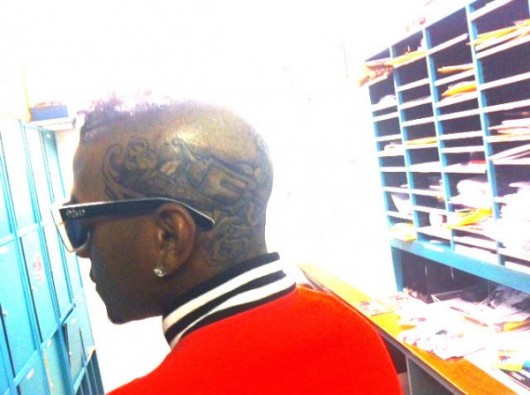 Lloyd is currently promoting his new album, “King of Hearts,” which arrived in stores this week.Â  The record features the single “Lay It Down,” as well as appearances from Lil Wayne, Chris Brown, Young Jeezy, Trey Songz, and Keri Hilson.