Lloyd Gets No Love From Former Boss Irv Gotti 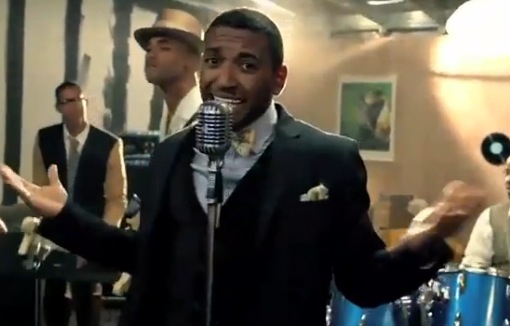 Irv Gotti and R&B crooner Lloyd were once a great duo musically but since his release from the record label things have gone sour between the two. Gotti signed Lloyd to his record label Murder Inc back in 2005 where Lloyd had top charting hits after top charting hits. Many were surprised when Lloyd decided to leave the record label after only giving them 2 albums and rumors started surfacing about beef between Lloyd and Irv. During a recent visit to MTVâ€™s Rap Fix, Irv discusses severing ties with the singer and why they would never be cool again.

â€œAshanti is cool. Ashanti is one thing. Me and her had our little thing and it is what it is. Sheâ€™s not as bad as Lloyd. Lloyd, I have no love for,â€ Gotti explained to host Sway Calloway. Because hereâ€™s a person that I helped out. The minute he left â€” I let you go. You wanted to leave, I let you go. And you gonâ€™ say, â€˜Well Gotti did this and Gotti did that.â€™ Nigga, you went platinum with Gotti. You went gold with Gotti, you went platinum with Gotti. What you doing now with Interscope? Whatâ€™d you sell, like 15 units?â€

During an interview in 2009, Lloyd speak about the split from Murder Inc citing they were just having creative differences and he wanted to go in a different direction musically than what Murder Inc. was offering him. Lloyd says:

â€œMy momentum was given to Ja Rule to release a new project. I really felt like that wasnâ€™t fair to me. I have no regrets, and even if I did, itâ€™s about learning to live with them,â€ said Lloyd. â€œNo regrets, I look it as a learning experience, a one-of-a-kind learning experience.â€

So Ashanti leaves the record label and its cool with Irv but it seems like there is some unsaid things between him and Lloydâ€¦â€¦what do you think about Irv not showing love to Lloyd?