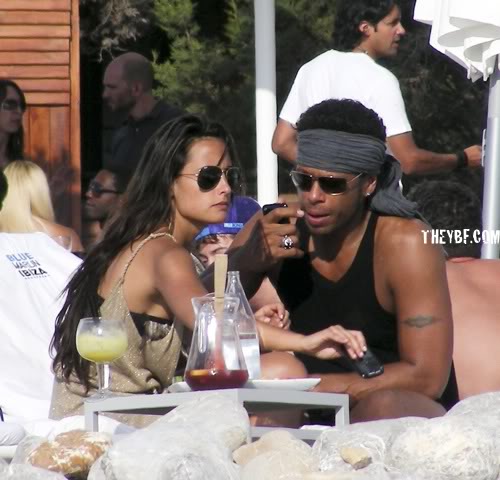 Actor Gary Dourdon is best known for portrayingÂ Warrick BrownÂ on the television series CSI: Crime Scene Investigation as well as a host of other films but now Dourdon has found himself in trouble with the law for allegedly breaking his ex-girlfriends nose. Get all the details of his new felony charge inside.

This is not the first time Gary Dourdan and his former girlfriend Maria Asis del Alamo had trouble with the law concerning domestic violence. Almost two years ago, Maria was arrested for a misdemeanor domestic battery charge for attacking Gary….and now its Gary who recieves the charge this year for breaking her nose!

According to TMZ, reports show the LAPD was called to the home of Gary in Venice, CA late last night after someone reported an injured woman standing in a nearby alley….that woman happened to be his ex-girlfriend Maria.

The cops checked her out and discovered her nose was broken……and Gary was the accused! He was then arrested and booked for felony battery and is now being held on $50,000 bail.

Gary had an extensive history with cocaine and ecstacy abuse…we wonder if this has come into play with this recent stint. And why are these two still in contact with eachother if they are supposedly not together. We do hope things work out for the best interest of them both.

What do you think about Gary’s recent arrest?