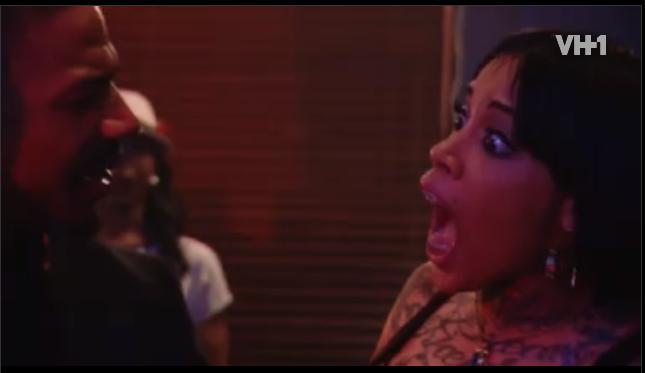 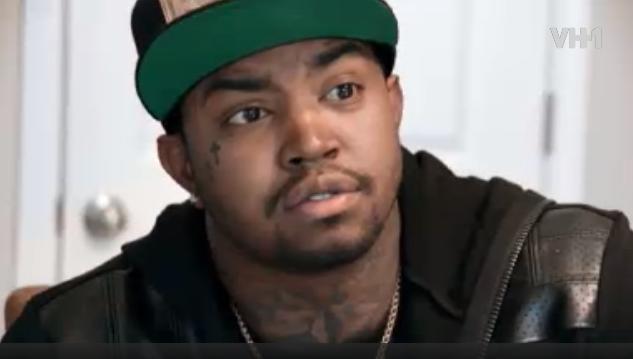 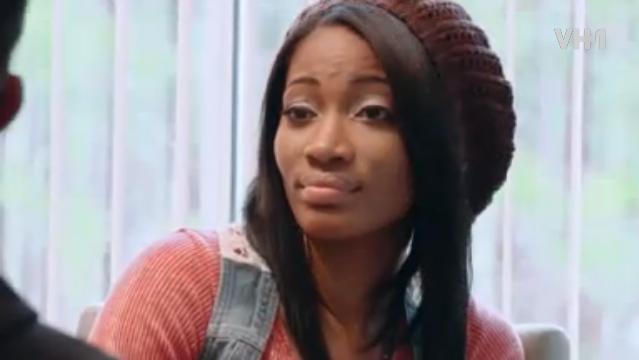 Last time we saw Erica and Scrappy they agreed to pump the brakes on their engagement. Now Erica wants to put the car in park and just sit in the driveway—she wants to break up indefinitely. She admitted that their relationship was bruised and needed to be fixed, and was also tired of not being able to trust Scrappy. And seeing random text messages in his phone doesn’t help either. 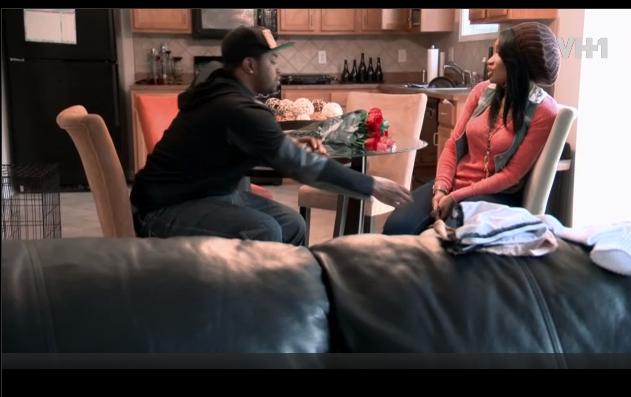 Scrappy has no choice but to agree as he notices Erica’s left hand missing a diamond. Wonder if she’ll turn it into a pair of earrings… 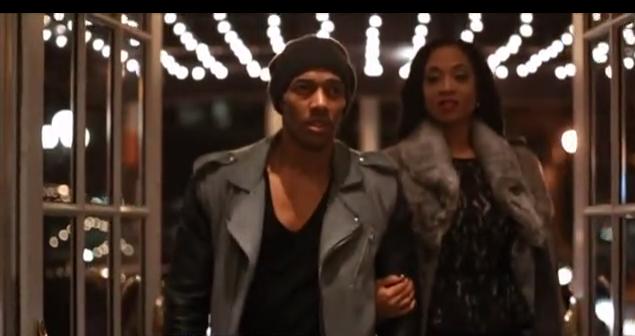 Mimi finally reveals to K. Michelle and unofficial cast member Ariane that she has a new man in her life, Nikko. The girls, along with Erica, meet Mimi’s new flame while out for drinks and after a brief grill session, they give Mimi their approval. As if she needed it. Ariane is quick to point out that Nikko fits a certain “type of guy” Mimi is attracted to physically. He basically resembles Stevie J with his muscular build and street swag. 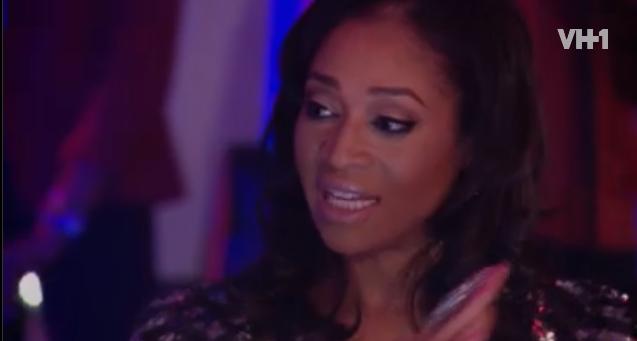 Mimi says he may look like Stevie J on the outside, but is nothing like him at all. And we hope so. Nikko looks sensible so far, but only time will tell.

Moving on to Stevie J, who has his hands full every episode with drama concerning Joseline, gets approached by Che Mack, an artist who’s been dying to “get on the bus.” 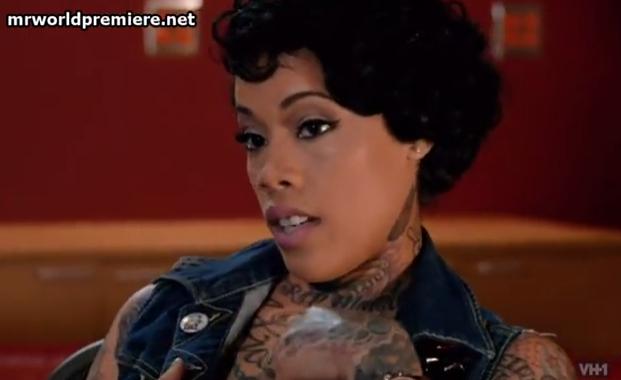 We first caught a glimpse of this tattooed hip-hop rock star at the end of last season while in a meeting with Stevie at the studio. Che wants to get down with Stevie so bad she suggests working with Joseline. Doing what exactly? We’ll wait…

Stevie J holds a small celebration at a club to celebrate Joseline’s latest achievement of signing with a major record label.

Pause. Which label exactly? And when is the album coming out, let alone first single? Can we even get a 30-second YouTube teaser? Anything? No? Carry on….

While out at the club, they bump into Che who happens to be a bartender there.

She was way too turned up and pretty much scares Stevie by screaming how bad she’s ready to start working. Now! 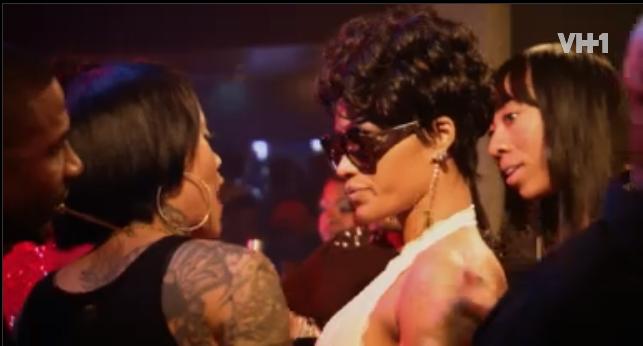 She tries to introduce herself to Joseline, who gives her back to talk to, then finally says to her,

You just gotta love Joseline. Her one-liner zingers this season are classic. They could go on T-shirts! 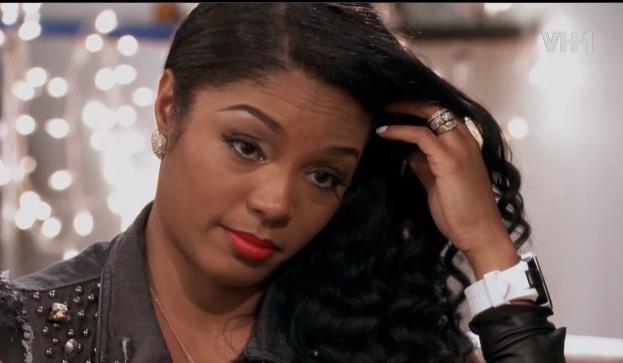 Rasheeda meets up with Erica to discuss the latest bump in her marriage to Kirk, which is possibly a baby bump. She feels that she might be pregnant, but knows that this isn’t the best time for a baby, because of their touchy financial situation. She finally gets checked out by her doc, and confirms her suspicions that she is carrying. 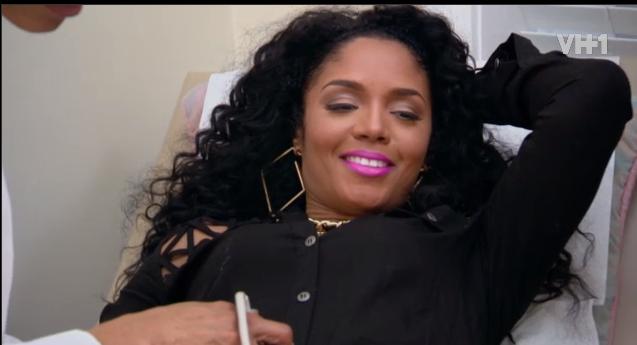 We hope that Kirk is excited by the newest member of the Frost family.

Karlie Redd and Benzino are no longer together, but their lies sure still get along like old friends. 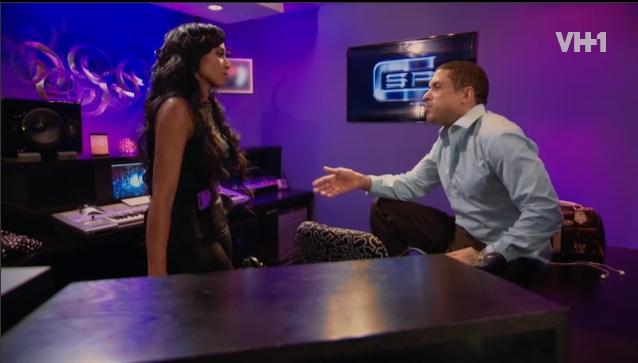 Benzino meets up with her to discuss the floating rumor about Joseline’s homemade video. Neither will admit that they are the one who lied about actually seeing the clip. Benzino says he didn’t watch anything about Joseline with Karlie, but she says they saw it together while hugged up in bed. The details between the two are sketchy and full of loopholes, and there’s no telling who’s being truthful. 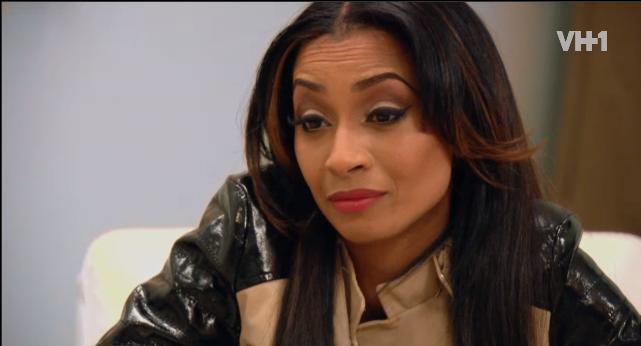 And when Stevie, Joseline, Karlie get together to discuss Karlie’s constant involvement in their relationship the situation only gets worse. Stevie steps into separate the ladies as insults and accusations are tossed back and forth, and also some giggles. 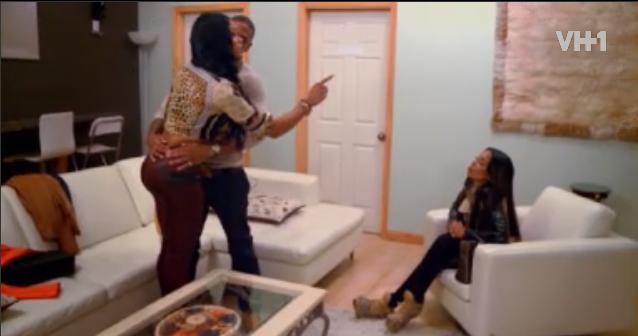 And at the end of that wasted conversation, all we know is that Karlie stands by her word that Benzino is supporting the Joseline tape rumor, and Joseline doesn’t know Karlie’s exact age, but calling her “old lady” repeatedly is good enough for her. The only thing we wanna know is if Joseline’s little love tape had a storyline and plot…

Side note: the newbies of LAHH ATL DJs Traci Steele and Baby Drew came to somewhat of an agreement to maintain their family without swarms of groupies, and K. Michelle thinks bedazzling her va-jay-jay might rejuvenate her sex life. Let us know how that goes, K. On second thought, don’t. We good…

So what did you think of last night’s episode of Love & Hip Hop Atlanta?