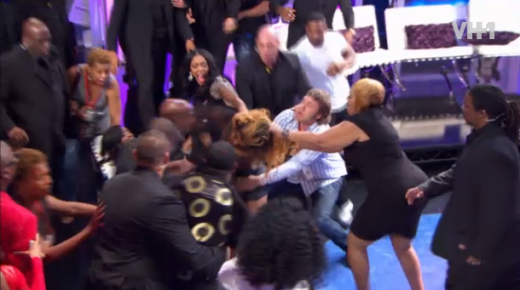 I thought I noticed a toned down version of Love and Hip Hop Atlanta this season… TMZ is reporting that production sources told them the cast had to sign documents agreeing to keep their hands to themselves. 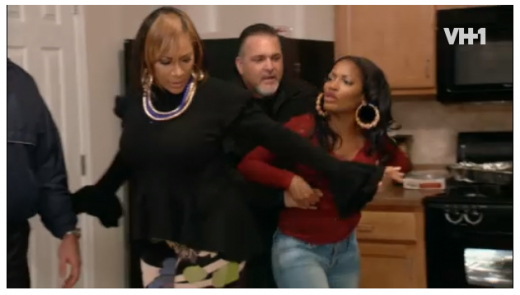 If not they could possibly face some pretty harsh consequences.  Get the details inside. 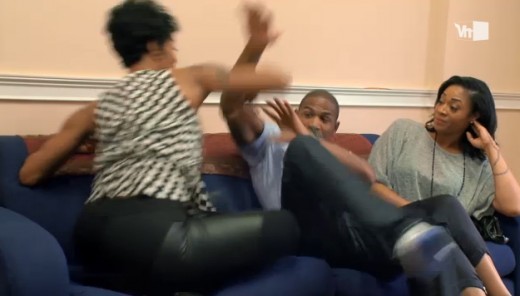 Production sources tell us the ATL ladies and gents were forced to sign docs agreeing to put their manicured claws (and fists) away … after major advertisers started complaining. Show execs flew to Atlanta 2 weeks ago to lay down the law.

We’re told all cast members who brawl during taping will be cut from the episode without pay and suspended. They could also face possible termination.

Remember when fight almost jumped off between Momma Dee and Erica?

Here’s another from the Stevie J and Benzino days…

And everybody remembers last seasons reunion show.  It was EPIC!!!!