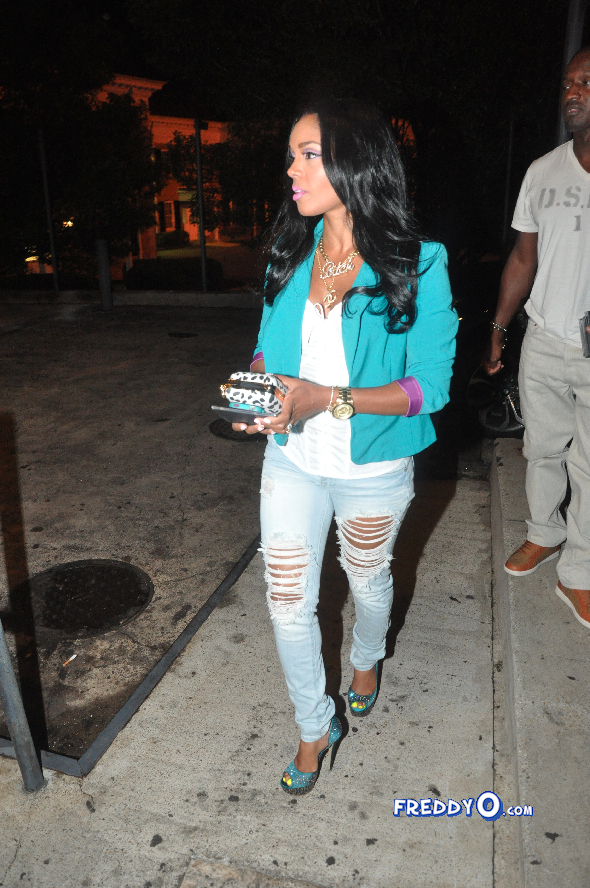 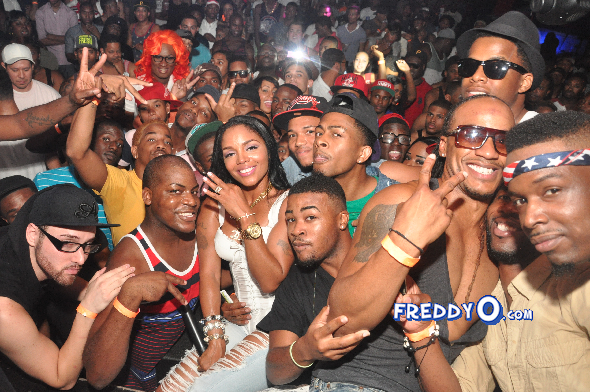 The homie Rasheeda recently joined the cast of VH1â€™s â€œLove & Hip-Hop: Atlantaâ€ . The popular rapper is in a loving relationship with her husband of 12 years, Kirk Frost, who’s also her manager. Together, they run the family business of making her a star. Rasheeda brought in the 4th of July with some of her biggest fans in ATL atÂ Club Rush Atl. 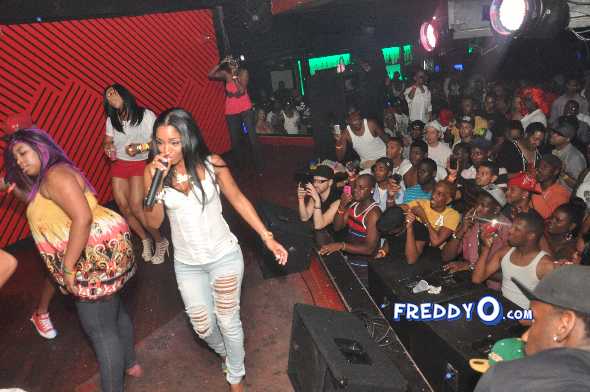 In last weeks episode of LHHATL Rasheeda, was shown continuing the hip hop struggle with her hubby/manager Kirk about going to a major label. On the show Kirk hopes to relinquish his daily duties in order to keep his wife happy, while Rasheeda wants to stay indie keeping all the money and publishing rights to all her music. So So smart!!! I can’t wait till next weeks episode to see what happens? 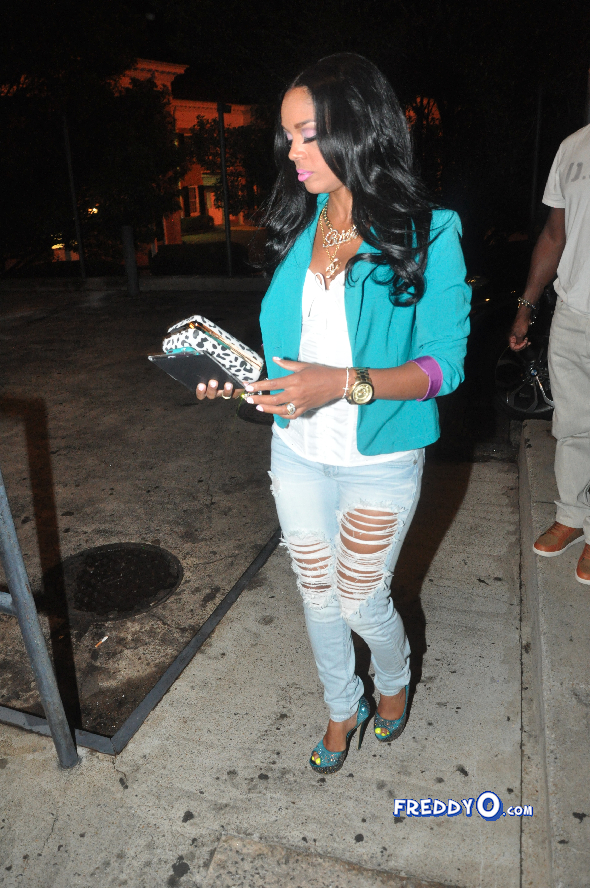 At the club Rasheeda talked about haters and never letting anyone stop you, she then went on to perform all her new and old club bangers.Â Rasheeda had the club going crazy as she performed hits off her new mixtape “Boss Chick Music” featuring the singles “Marry Me” & “Legs To The Moon” featuring Kandi – Get Ya Copy! On
iTunesÂ …. 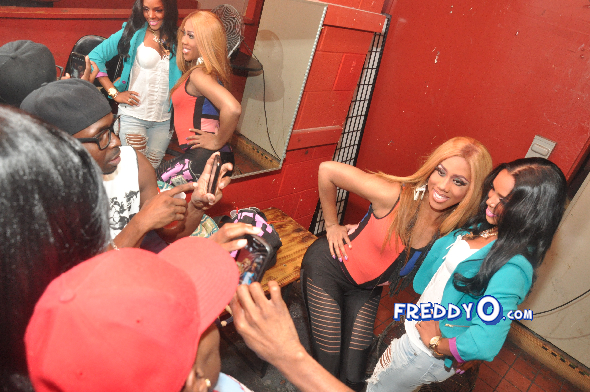 Sheeda been extra busy and recently gave a interview The Loop 21 to chat about her career, the state of women in hip-hop and how she brings balance to the show.

Check Out the interview below: 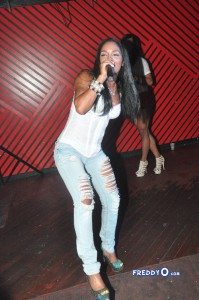 Loop 21: You seem to have a healthy relationship, but critics focus more on the negative aspects of other castmates. Is it fair?

Rasheeda: It doesnâ€™t matter whether I think itâ€™s fair or not because people are gonna say and do whatever the hell they want to do. The difference between us and these people is that our drama is playing out on camera, so the ratchet shit that goes on in peopleâ€™s lives — that we donâ€™t see — happens for real. You canâ€™t go on television doing a honky-dory positive show. No one wants to watch that. People want to see struggle. They want to see how others deal with similar situations to what theyâ€™re going through. You have to entertain when it comes to television but, at the same time, tell your story. Do they grow from it? Do they fall? As far as the show is concerned, itâ€™s not a scripted thing. I can speak for myself and say the only thing they do is present the place where things may play out â€” the scenery â€” and then itâ€™s on and poppinâ€™ [laughs].

Loop 21: You and Kandi are friends and sheâ€™s been on reality TV. Did you get advice from her? 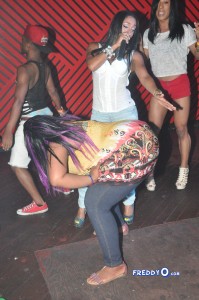 Rasheeda: Of course! I was going back and forth with her and Toya prior to everything. I wanted to get my feet wet.

Loop 21: On another note, ladies were loving your husband!

Rasheeda: I told him Iâ€™m gonna have to put a low-jack on his ass, some kind of security system lock down on him. We were in the mall yesterday and the girls were like, ‘Hey husband! Rasheeda, you gotta be nice!’ Iâ€™m not mean like that but we go through our problems and thatâ€™s just part of a marriage. Thatâ€™s what we do. We work together, weâ€™re husband and wife, we have a family, we have our issues, we bump heads but at the end of the day, thatâ€™s my husband.

Loop 21: What was the conversation like with him about you being on the show?

Rasheeda: He thought it would be the good with the bad. But, at the end of the day, I can really use this platform to elevate.

Loop 21: Youâ€™ve been through a couple of major record deals and have said they didnâ€™t understand you as an artist. Can you elaborate? 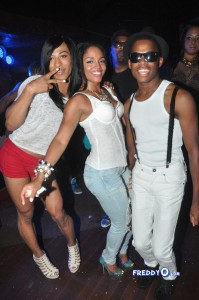 Rasheeda: Both Jive and Motown, I donâ€™t think they were really focused on a southern female hip-hop artist, who was doing my kind of music, was crunk and energetic, and had built a really big fanbase. I wasnâ€™t trying to be raunchy and over-sexy. I was young and felt like they wouldnâ€™t allow me to grow. They wanted me to be something that I wasnâ€™t and thatâ€™s just not comfortable. But people had attached to my music before they had even seen me and thatâ€™s been a really good blessing. I think people can see when they’re feeling an artist but can tell it’s not all the way real — it hurts you. I wanted to be able to go in my own direction. They wasnâ€™t putting any money behind me.

Loop 21: What steps did you take to build your fanbase?

Rasheeda: Those steps were hard work. Being consistent, constantly putting out music, trying to grow and build. Every time I would put music out, I’d do different things. You can get sidetracked easily. Itâ€™s so easy to want to give up, but when you sit back and understand that doors are gonna close in your face and people are always gonna talk shit â€” whatever the case may be â€” and not let people put you in a certain box, you can build and see the results. You donâ€™t have to be mainstream to be successful, you just have to work hard.

Loop 21: What do you feel about the state of women in hip-hop? It seems like thereâ€™s this sentiment that only one woman can be doing her thing. 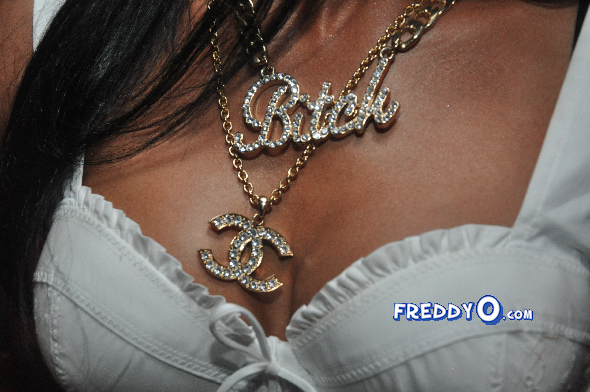 (GO Buy Some Of Her apparel and accessories atÂ Â ImBossy.com)

Rasheeda: Thereâ€™s always more space, people just be kinda funny-style. When it comes to females, people tend to want to make a choice. When it comes to males, everybody likes everybody. Itâ€™s crazy, but the sad part is, we donâ€™t really have a lot to choose from. Letâ€™s keep it real, look at Nicki [Minaj]. Sheâ€™s been the only female in a long time who has excelled to that level. We couldnâ€™t help but to fall into her and that was great for her to be able to get that love and that push. I think the one thing we gotta do is not be content with taking and getting a little piece. A lot of females mess up because youâ€™ll get to a place where youâ€™re like, ‘Oh, ok, Iâ€™m here now, Iâ€™m good.’ But naw, you gotta keep going, you gotta go harder to get where you wanna be. 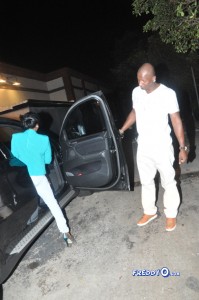 Loop 21: Whatâ€™s your career goal musically? Would you ever go back to a major label?

Rasheeda: It totally depends on the situation. With a short-term contract, I would have to know that it would be a serious commitment because I can make money without the major label. Going to that big huge national level would be the hard part, but I look at it like any thing is possible.

Loop 21: What else are you working on?

Rasheeda: My website, ImBossy.com, which is doing very well. Iâ€™m looking to turn it into a physical location in a few months or so. And definitely the album, â€œBoss Chick Music,” which is available right now on iTunes. The single, â€œMarry Me,â€ which is available all the places where you get your music. Iâ€™m also really heavy into getting my song placed in film and video games and stuff. Thatâ€™s going really great for me. Iâ€™m busy doing hosting and parties and stuff like that all the time. But the main thing is the music.