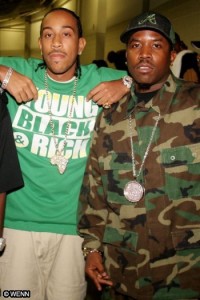 ris and Big Boi along with song writer/producer DeVyne Stephens will be at the â€œRoll Over Hungerâ€ skate party today. The â€œRoll Over Hungerâ€ skating party will benefit the Hosea Feed the Hungry Foundation, which operates in Atlanta and feeds over 200,000 meals to homeless people during the holiday seasons. Read inside to find out what other celebs will be skating with Luda and Big Boi as well as why B.o.B. donated $10,000.
The rappers will donate 100% of the proceeds directly to the foundation to benefit the foundationâ€™s holiday dinner program. In addition to Luda and Big Boi, other celebrities such as Â Ciara, Josh Smith, Polow da Don, Demetria McKinney and DJ Toomp will lace up their skates to support the cause. The â€œRoll Over Hungerâ€ skate party takes place today at the Cascade Family Skate Center in Atlanta. 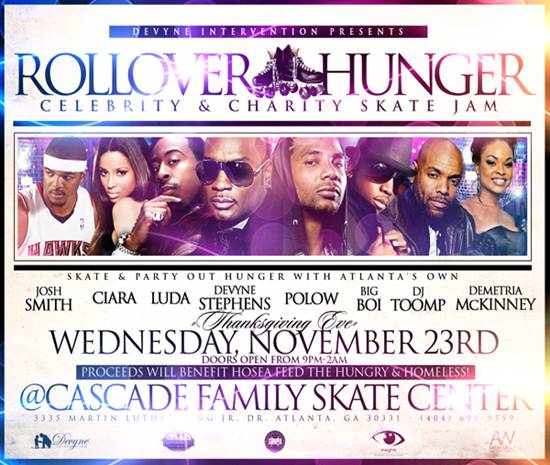 Earlier in the week,Â  rapper B.o.B. stopped by and donated $10,000 to Hosea Feed the Hungry and Homeless. He challenged other rappers to donate some of their incomee to charitable causes as well. Check out the video below.

What do you think of this creative way of giving back to the community? Do you have any plans to give back to your community this year?