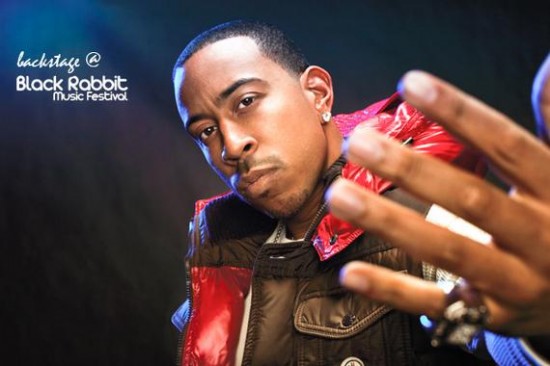 My homie Ludacris got to perform for the first time ever in Asia last week. The performance took place at the Black Rabbit Festival in Shanghai and had over 30,000 people in attendance.Â In addition to performing in Asia for the first time everÂ he also gave an interview to the people over at City Weekend. Look inside for the exclusive interview as well as the performance.

In your later albums you became more serious about the musical content and there were fewer songs about girls, cars and money. Why the shift?

You always want to reinvent yourself and I wanted to let people know thereâ€™s more to me than just being comical and witty on a lighthearted front. So I think itâ€™s important to balance things out and show people that I can do both.

What three songs would you recommend to the Chinese audience?

Who was your hip-hop role model?

When I was around 10 years old, Outkast and Goodie Mob were definitely my role models.

How did you develop your rapping style?

Over the years it just developed on its own. I started rapping when I was nine years old and then over 10 years of listening to different music, everything from Outkast to the West Coast style to East Coast stuff; I picked up different influences. My style just naturally evolved over the course of rhyming for so many years.
Rap isnâ€™t main-stream in China by any means, but you have some diehard fans. Anything youâ€™d like to say to those who are loving rap in Asia?
I appreciate all my fans in China so much, and they have no idea how great it is to know that I have an impact so far away from where I live. I canâ€™t wait to see my Chinese fans in person, and give â€˜em all the love that they give me.

What makes a good beat in your opinion?

I donâ€™t know what beat Iâ€™m gonna use until I hear it. I can go into the studio with many different producers, but not everything we record is gonna make the album. I record a lot more than what actually ends up on the album, so people donâ€™t always know the back story behind it. But when I hear a beat I like, I write a rap according to how the beat makes me feel.

Don’t forget to check out his upcoming mixtape 1.31 Gigawatts. What are your thoughts on the interview and performance over in Asia?