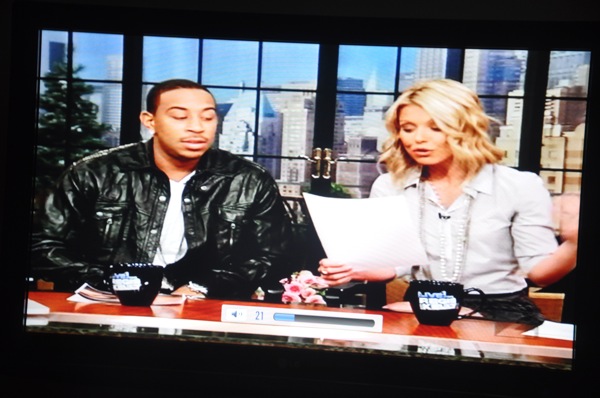 Our homie, Ludacris is on top the national sales chart with his latest, “Battle of the Sexes.” Luda used his Twitter account to pose a dailyÂ ” battle of the sexes” question about sex and relationships to his followers.Â Â I think this will add varietyÂ to hip hop because he exploredÂ the battleline between the men and women. Â I must admitÂ using Twitter was brilliant.Â This is his third No.Â 1 album and the first rap collection since Jay-Z’s “Blueprint” logged 2 weeks back in September.Â  Luda’s album sold 137,00o copies. Big shout out to our homie Luda… Here are some pictures of him on Regis and Kelly where he filled in for regis being the first “real” rapper to host the show. P.S. I know the pic’s are boot-legged, but you get the point… LOL