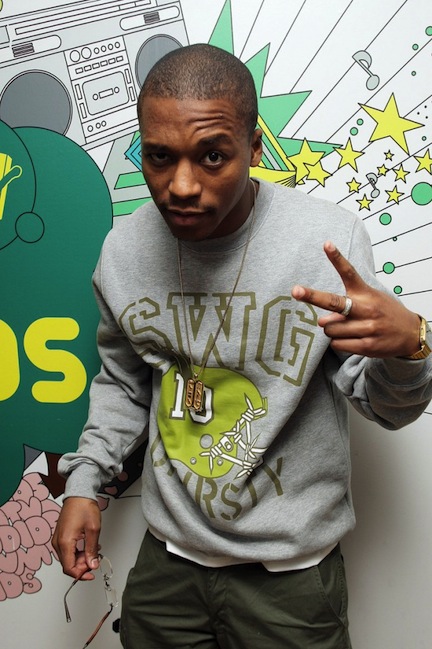 â€œTo me, the biggest terrorist is Obama in the United States of America,â€ he said in an interview with CBS News’ “What’s Trending.” â€œFor me, Iâ€™m trying to fight the terrorism thatâ€™s actually causing the other forms of terrorism. The root cause of terrorism is the stuff that the U.S. government allows to happen, the foreign policies that we have in place in different countries that inspire people to become terrorists. And itâ€™s easy for us, because itâ€™s really just some oil that we can really get on our own.â€

Lupe also explained why he is not a part of the American political process in any way, despite being a rapper that addresses societal issues.

â€œI donâ€™t vote. I donâ€™t get involved in politics. Because itâ€™s meaningless, to be honest. First of all, Iâ€™m a real big believer if Iâ€™m going to vouch for someone, Iâ€™m going to stand behind everything they do. If Iâ€™m going to say I stand behind this person and write on a piece of paper that says I stand for this person, then I have to take responsibility for everything that he does. Because thatâ€™s just how I am as a human being. Politicians arenâ€™t going to do that, because I donâ€™t want you to bomb some village in the middle of nowhere.â€

This is not the first time Fiasco has been critical of Obama.

After the apparent slaying of terrorist Osama Bin Laden, he said,

Spotted@ AllHipHop
Damn! The homie Lupe definitely doesn’t bite his tongue. He will be the next Kanye when it comes to his real opinion against politics..LOL