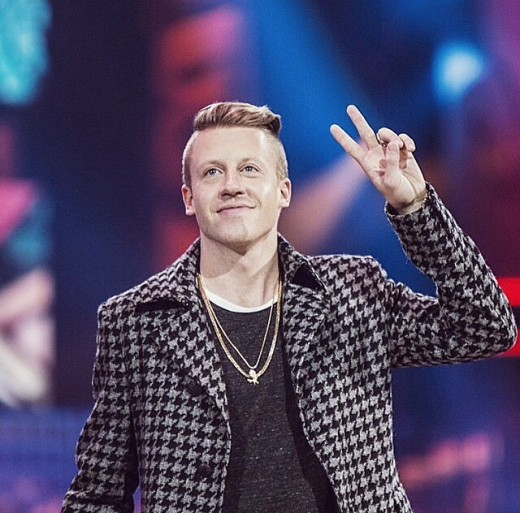 As the entire world’s eyes are still on Ferguson, Missouri following Monday night’s announcement of the grand jury’s decision not to indict Ferguson police officer Darren Wilson for shooting teenager Michael Brown, rappers Macklemore and Q-Tip took to the streets as did thousands of other protesters to vent their frustrations.

Macklemore participated in a demonstration in Ferguson where he was recorded marching and chanting “hands up don’t shoot” by a Seattle NBC station camera. He was asked about his reason for taking part and he responded that he was there in “solidarity” and that he felt “It’s about Mike Brown. It’s not about me.”

Rapper and producer Q-Tip was on hand in New York City’s Times Square to lend his voice to the protest in New York where a video of him leading a chant of “Who’s streets? Our streets!” was posted on the Instagram account of Our Africa, an online magazine dedicated to the international coverage of music, art, and political events. Furthermore, many other musicians and entertainers like Rihanna, Killer Mike, Kevin Hart, and Talib Kweli have also spoken out via their social media accounts to share their thoughts on the grand jury decision.

What are your thoughts on the decision? Share with us your views on this still-developing topic!