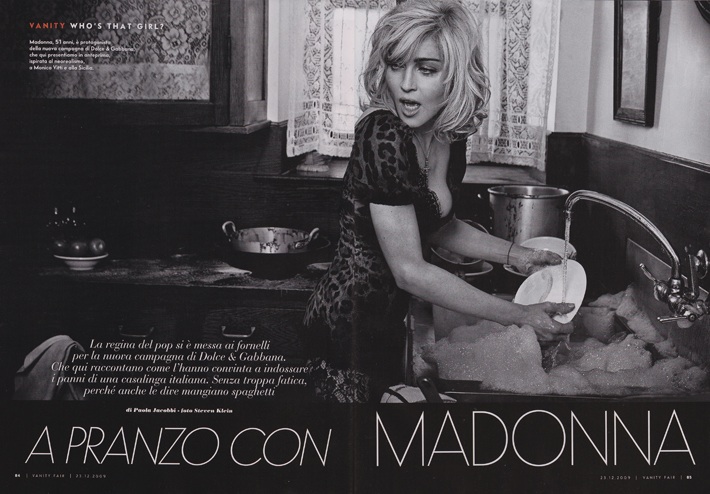 The Queen of Pop teamed up with famed photographer Steven Klein to capture a side of the star hardly ever seen: the housewife! Inspired by iconic Italian actress Anna Magnani in the 1951 Luchino Visconti film Bellissima, the ad campaign seeks to capture a womanâ€™s human side through the simplicity of daily gestures, according to Dolce & Gabbana. Here are some of the Pic’s