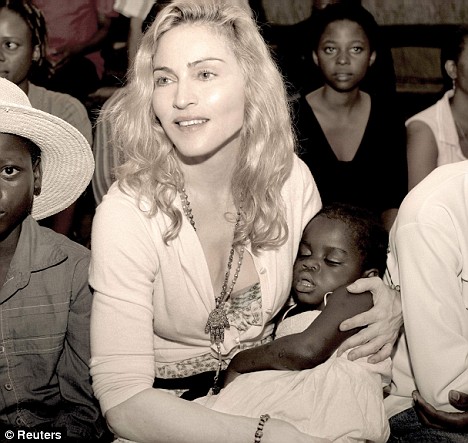 Madonna is disputing claims from a man who says he is the biological father of her adopted Malawian daughter Mercy (August 30); and has squashed his attempts to meet with the child face-to-face.

â€œThe extended family members had no knowledge of a father. The village leadership had no knowledge of a father â€¦ the mother was raped and left,â€ Madonnaâ€™s spokeswoman Barbara Charone told the Sunday Times, a South African paper. Mercy was born in January 2006 to a 14-year-old mother who died days after giving birth.James Kambewa, 26, was pressing for a sit down with the 4-year-old he says is his daughter, but the validity of his claims is not just questioned by the Material Girl.

Madonna, 52, adopted Mercy last year from a Malawi orphanage after the Supreme Court of Appeal overturned a lower court. She is Madonnaâ€™s second adopted Malawian child.