You won’t be surprised to learn that the Mariah Carey camp believes her botched New Year’s Eve performance was blown up (sabotaged) just so it would get higher ratings.

According to TMZ, sources close to Carey say they made frenquent complaints to execs at Dick Clark Productions that her earpieces weren’t working.

The report says Mariah did an interview with Ryan Seacrest an hour before she took the stage in Times Square and she was having trouble.

“It’s hard for me to hear you,” she was heard telling Seacrest.

Fast forward to 6 minutes before her performance. Mariah was in the holding tent for last minute makeup, and she was alarmed, telling the production team she could barely hear anything. Mariah sources say they were assured the tent muffled the sound, and it would be fine on stage.

At that point someone said her mic pack wasn’t working because the battery was dead, so they changed packs.

Mariah was suspicious and got on stage 4 minutes early to test it out, and she couldn’t hear anything. She and her team say they complained repeatedly, but nothing was done.

To make matters worse, Mariah’s people say when she got on stage the prompter wasn’t working. The prompter has the lyrics when they appear in the song as well as stage cues.

Mariah ripped the inner earpiece out and thought she had a fighting chance just listening to the music, but the crowd was so loud in Times Square she could hardly hear anything.

Mariah’s team believe there are too many coincidences and too many warnings … they say it was sabotage “so they could get Mariah drama.” We know Mariah’s people fired off an email to an Exec at Dick Clark Productions, saying, “This is sabotage.”

After reading all the foregoing, it’s possible that Mariah’s team is on to something. However, in its response to the story and Mariah’s claims, Dick Clark Production sources tell TMZ Mariah’s “sabotage” claim is “silly. ” They say she’s the one who decided not to do a sound check, and had a stand-in do it instead. They also point out that there were 8 monitors on stage amplifying sound, so even without an earpiece, Mariah should have been able to hear just fine.

They also add that Mariah switched up her stoty at first saying the track was wrong. But Dick Clark sources insist her camp provided the track list. 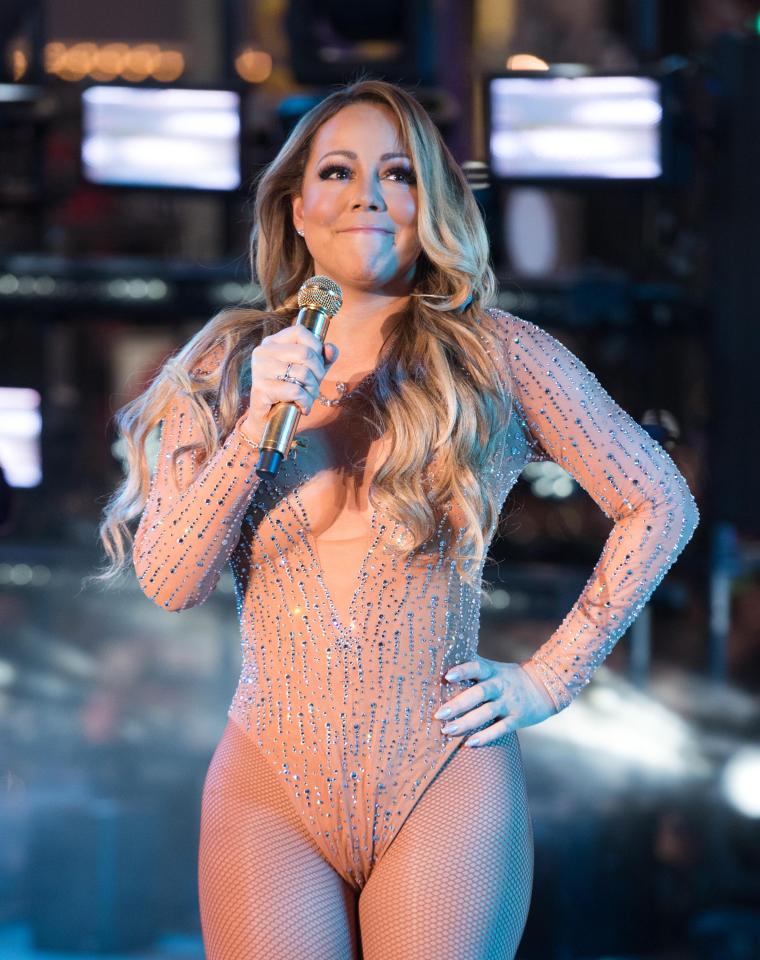 In a statement released on Sunday, the production company called such claims “absurd.”

“As the premier producer of live television events for nearly 50 years, we pride ourselves on our reputation and long-standing relationships with artists,” it said. “To suggest that dcp (Dick Clark Productions), as producer of music shows including the American Music Awards, Billboard Music Awards, New Year’s Rockin’ Eve and Academy of Country Music Awards, would ever intentionally compromise the success of any artist is defamatory, outrageous and frankly absurd.”

Carey was visibly upset during the performance and afterward tweeted “(expletive) happens.” Her representative Nicole Perna blamed technical difficulties, and in an interview with Billboard she said Dick Clark Productions hampered Carey’s performance.

“Mariah did in fact rehearse at 3:00 p.m., Perna said in an email to The Associated Press on Monday. “She went through vocals and her team ran through sound. All was well at rehearsal. She was prompt for rehearsal and her performance.”

Ironically, Carey was Dick Clark Productions’ first live performer for the broadcast in 2005, when it didn’t have such problems.

It may be a long time before Mariah Carey and Dick Clark Productions work together again.