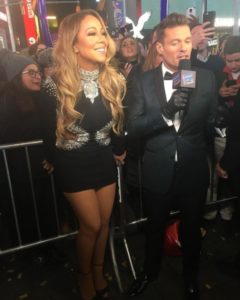 It was a rare musical meltdown in front of millions on ABC’s “Dick Clark’s New Year’s Rockin’ Eve with Ryan Seacrest.”An audio track malfunction was brought to attention while Carey was lip-syncing to some of her biggest songs onstage in front of a live audience of millions. 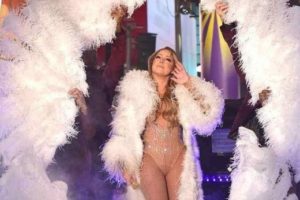 Looking amazing in her bodysuit, the 1990s pop phenomenon took the stage and performed “Auld Lang Syne.” Then her act started to unravel.

The pop star’s backup dancers walked her down the stairs as she looked puzzled and attempted to sing the second song, “Emotions” from 1991 — the same song that earned her a Grammy Award for best female pop vocal performance in 1992.

Shit happens ? Have a happy and healthy new year everybody!? Here’s to making more headlines in 2017 ?

Known for her vocal range, Carey couldn’t seem to reach notes and appeared to have lost her lyrical balance.

While the music played in the background, she told the audience that a proper sound check was not in place before her performance. 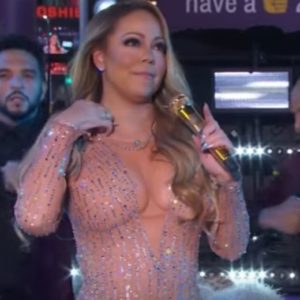 As the technical malfunction continued, a disgruntled Carey paced the stage, and directed the microphone toward the audience.

Then to a shocked crowd she said “We’re missing some of these vocals, but it is what it is, let the audience sing.”
Rather of singing, Carey did an occasional dance move with her backup dancers during the number.

Carey then begin to sing her 3rd song of the evening, “We Belong Together,” but again stopped singing due to another malfunction. All while the prerecorded track kept playing. Despite the flop, and emotion, Carey appeared to be unfazed.
“It is what it is,” she said. “It just don’t get any better.” Then walked off the stage.

After her performance, Carey tweeted a meme and said in part, “have a happy and healthy new year everybody! Here’s to making more headlines in 2017.” 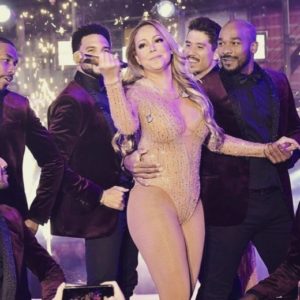 Even though the details surrounding the glitch remain unclear, it wasn’t long before a firestorm erupted on social media as viewers both disproved and came to her defense.