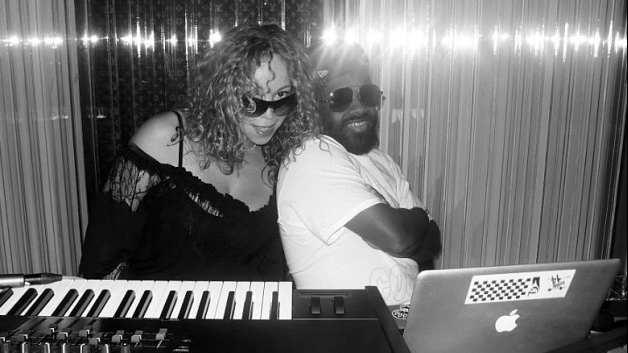 Mariah Carey recently announced on her Twitter that she has reunited with her longtime friend & producer Jermaine Dupri for her new album. The singer tweeted photos of herself in the studio working and one with Dupri. The singer tweeted,

“So happy to be back in the studio with the one & only @Mr_Dupri aka Jermash!”

The duo last collaborated together on Careyâ€™s â€œThe Emancipation of Mimiâ€ album back in 2005. Dupri produced her hit single â€œWe Belong Together.â€ The song became one of her most successful songs of her career, as well as being awarded â€œSong of the Decadeâ€ by Billboard. Carey, who enlisted TheDream and Tricky Stewart for her past two projects, has not seen commercial success as her previous works. Dupri also has not seen much success since 2005. Carey took a break to focus on motherhood after giving birth to her twins earlier this year. Besides collaborating with Dupri, she recently did a duet with Tony Bennett for his â€œDuets IIâ€ album. The singer is featured on the song â€œWhen Do the Bells Ring for Me.â€