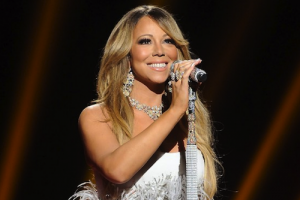 Superstar vocalist Mariah Carey has officially announced she will be joining the illustrious headliner ranks of Celine Dion, Bette Midler, and Cher with her first ever Caesars Palace residency!

On Thursday’s pre-recorded episode of ‘The Ellen DeGeneres Show,’ Grammy Award winning pop singer-songwriter Mariah Carey announced that she would embark on her “first-ever residency in Vegas at Caesars.” Carey’s production, ‘Mariah Carey’s #1s,’ with the Las Vegas strip staple is slated to include not only her biggest songs but other “never-before-performed selections and many more musical surprises,” according to Caesars Palace‘s website. She shared her excitement with DeGeneres saying that she had “so many ideas for the show” and that her “songs are the soundtrack of my life and I can’t wait to share them with my fans on stage.”

Carey’s Las Vegas residency will replace fellow pop singer-songwriter Celine Dion’s show at Caesars’ Colosseum Theater. The Los Angeles Times reports that no official statement had been released as to whether or not Dion would return after she cancelled her shows from August 2014 through “at least March 2015, citing her health and that of her husband, Rene Angelil, who is fighting cancer.”

Tickets for Carey’s upcoming Las Vegas stint have already gone on sale via the Caesars Palace website and begins on Wednesday, May 6.