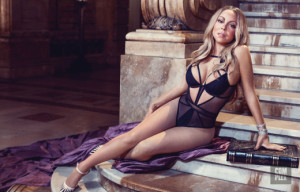 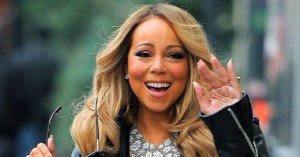 “I never thought I would have babies with someone and then get divorced. Like, ‘Oh, great job. Repeat your past,'” Carey said, referring to her parent’s divorce when she was 3. “But life happens. And it was supposed to happen. It’s fine. For [the kids], I wish it hadn’t happened that way,” the diva says in relation to her 5-year-old twins, Moroccan and Monroe. 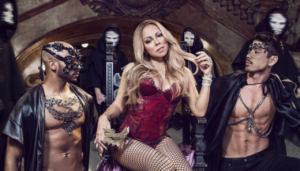 She reflects on her relationship with her fiance, noting that he’s a fan of her music but says, “I don’t expect him to be at every little thing that I do, and vice versa… he’s got a lot of stuff on his plate and so do I.” She also tells readers that they will wed sooner rather than later. 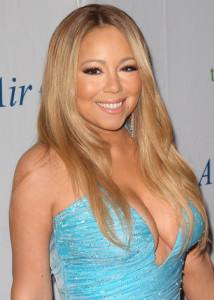 I’ve only seen a couple photos from the spread where the songstress stunned in lingerie and classic, fishnet stockings, but I am dying to see the blue jean and wife beater Mariah. Let us know what you’re looking forward to reading in the issue. It will be available online or for pre-order Tuesday.