Mario Say’s I Did Nothing Wrong: “I Love My Mother Very Much” 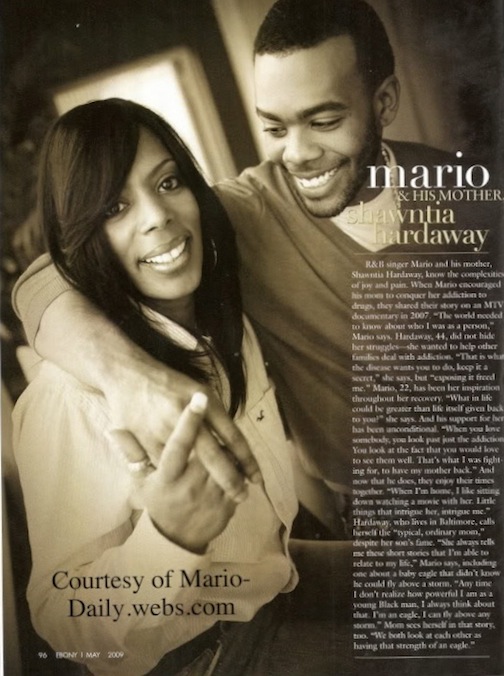 Mario is expressing his support for his mother in the wake of last week’s arrest. The singer and former “Dancing With The Stars” contestant tells “Us” magazine that despite the recent drama, his mom still has his heart. He states, quote, “I love my mother very much,” adding, quote, “I will continue to support her any way that I can.”

Mario was charged with second-degree assault last Friday after his mother, Shawnita Hardaway, claimed that the vocalist assaulted her in their Baltimore, Maryland apartment. An insider tells “Us” magazine that the dispute was brought on by Hardaway’s battle with drug addiction. Mario reportedly discovered that his mother had been using his money and credit cards to support her habit, and then returned home to find her high on drugs.
The source says Mario did nothing wrong during the incident, adding that he was just trying to calm Hardaway down. The insider believes the second-degree assault charge will eventually be dropped.