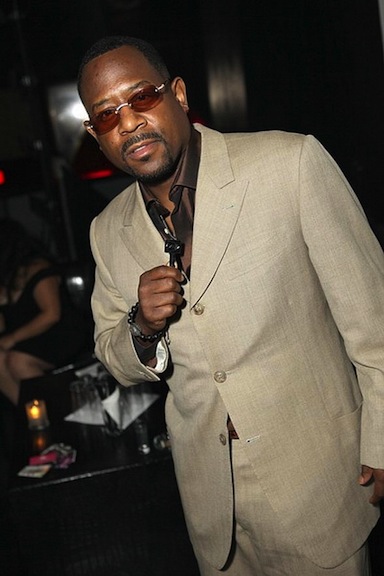 Martin Lawrence may be starring in the new comedy, Back to Africa, from Alcon Entertainment.

Lawrence would be playing a “working class man from Queens who discovers he is the heir to the throne of an African country.” Seemingly a reserve of the plot from Eddie Murphy’s 1988 comedy Coming to America, Martin Lawrence’s character will be thrust into wacky circumstances as he struggles to adapt with his new “family” on the Dark Continent.

Alcon Entertainment is developing a film titled Back to Africa for Martin Lawrence. You might be wondering why weâ€™re even running a story about a possible Martin Lawrence film, stick with me for a second. According to Variety, Lawrence would play a â€œworking-class manâ€ from Queens New York who discovers that he is the heir to the throne of an African country and tavels there to claim his birthright.

So basically itâ€™s an unofficial sequel to Coming To America told in reverse. Even the title, Back to Africa, sounds like a play off the original John Landis film which starred Eddie Murphy. The storyline is the complete mirrored opposite, so there is obviously no copyright infringement or issues of that nature. But the whole concept just seeemsâ€¦ wrong.

[youtube https://www.youtube.com/watch?v=miFldGvDq5o] VIDEO : Man Says POP SMOKE Murdered Over Debt & He Gave The Address To Killers... tell me what you think below ..
Read more