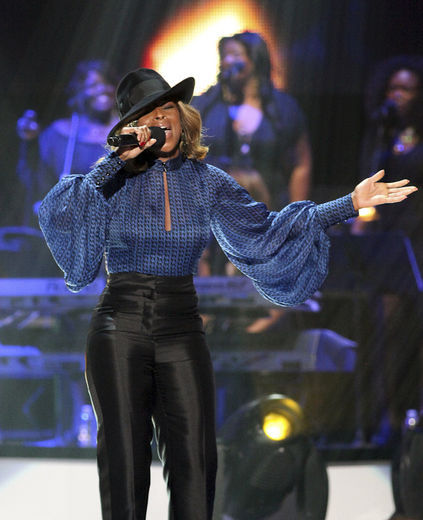 Mary J. Blige recently sat down with Clara of Kiss FM to talk about her new album and more. The Queen of Hip Hop/Soul spilled the beans on a new duet wit Beyonce’ to be featured on her new album. The divas collaborate on a song titled “Love A Woman”. Blige explains the song was initially Beyonce’s song and later Beyonce’ gave it to her. Check out the interview inside.

The “Mr. Wrong” singer did not disclose if the track was a ballad or an upcoming single. The divas have been friends for years, but this marks their first collaboration. Nonetheless, the track should be a gem on Blige’s “My Life II” album. Be sure to pick up the album which drops on November 21st.