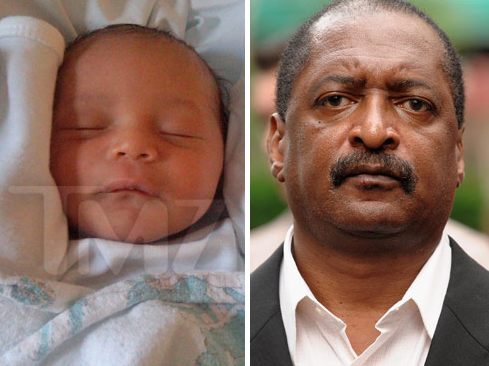 Mathew Knowles, Beyonce and Solangeâ€™s dad and manager, is the father of the baby Nixon.

Originally ordered to pay temporary child support of $8200 a month, a more permanent agreement is close to being reached by both legal teams, after Knowlesâ€™ March 1st DNA test came back positive.

Knowles and wife of 30 years, Tina, filed for divorce late last year, following a period of separation which commenced 11 months prior. In honor of the new baby mama I an going to play her new favorite song… That’s Just My Baby Daddy…