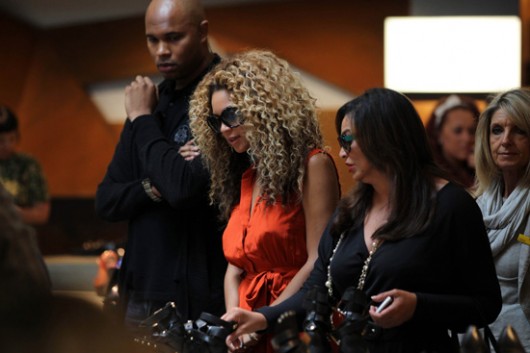 According to documents obtained by TMZ, Matthew Knowles claims that Live Nation Entertainment wanted to play a major role in Beyonce’s 2011 World Tour. The documents say that Live Nation told Beyonce that her father Matthew “had stolen money from Beyonce on her most recent tour or otherwise taken funds that he was not entitled to”.
Basically…they made Matthew Knowles out to be a thief. Apparently Live Nation’s word made Beyonce think twice and she had her law firm conduct an audit. Sad to say, the law firm confirmed that Matthew did take money that wasn’t his and he was fired shortly after that.Â  This is all interesting because in her “4” documentary Beyonce said that:

“Iâ€™ve been managed by my father for a long time and a real change meant separating from him. It was scary but it empowered me and I wasnâ€™t going to let fear stop me. It was very risky for me to step out on my own. Being a young woman I want to set the example that itâ€™s possible for us to own our own businesses and own our own record labels. Sometimes we donâ€™t reach for the stars, sometimes we are satisfied with what people tell us that weâ€™re suppose to be satisfied with and Iâ€™m just not going for it.”

None of this sounds like what reports are saying now. Papa Knowles says that after this altercation, Beyonce hired a manager who had worked previously as an executive at Live Nation. Of course, Matthew is saying that the theft accusations by Live Nation are all lies. He’s even looking to get a judge to allow him the right to take depositions on several people over at Live Nation so that he can figure out just how they came up with the story of him being a thief. I want to know what Beyonce has to say about all of this. I’m sure everything will come out eventually. How do you feel about this situation? Do you believe that Matthew would really steal from his daughter?

In other news, Beyonce was spotted out shopping at Selfridges in London earlier today, just days after performing in Scotland at the â€œT in the Parkâ€ festival.