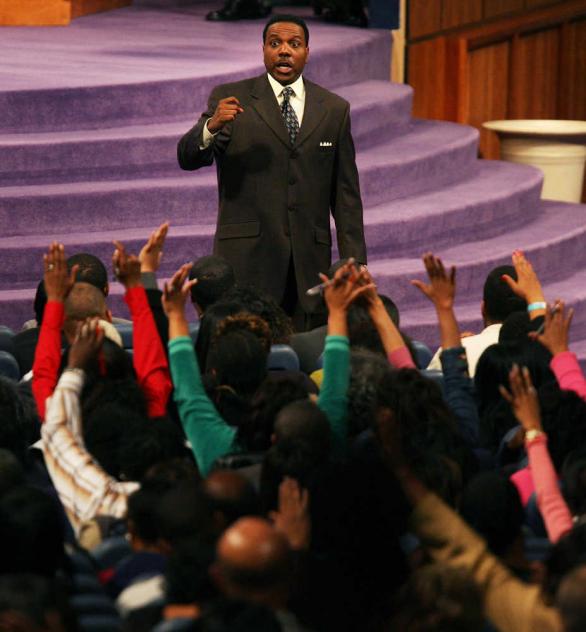 Creflo Dollar, the Atlanta megachurch pastor was falsely accused of domestic violence and plans to fight all charges against him, saying “I should have never been arrested.” Make sure yall listen to what he has to say below!!! So glade he’s fighting and making things very clear to the public.

The congregants responded by applauding.

Police arrested Dollar after his 15 year old daughter reported that he had choked and hit her during an argument which had taken place at their home. Dollar was released from jail on five thousand dollars bail. He said Sunday the mark on his daughter’s neck was a skin condition. I think this is just a wakeup call… Gods telling us something!!! Watch video: