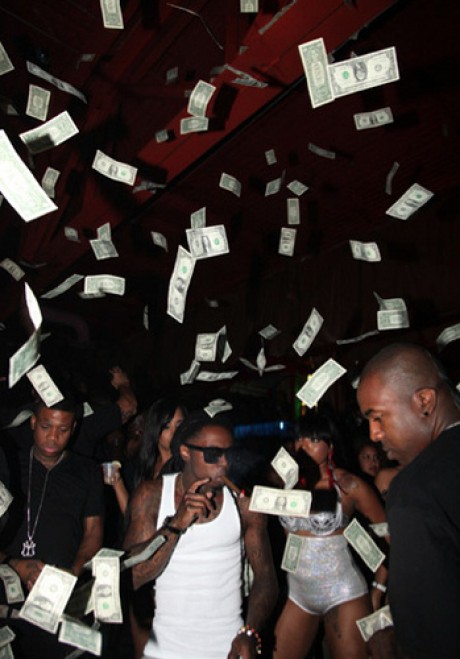 Yes yes yes! Â we’veÂ all heard about Miami’s famousÂ gentleman’sÂ club King of Diamonds in rap songs from Lil Wayne, Drake, and Rick Ross. Â For those of us who can’t be there in person, pretty soon we will be able to watch it on TV! Â Reality TV that is! Â According to reports, the name of the show will be “Make It Rain” and the girls working in the club can make up $5,000 a night!!! Â That will make you think twice about changing your profession!

Check out the video below previewing the new reality show “Make It Rain” at theÂ fabulousÂ King Of Diamonds in Miami. Â In the video you will see all the drama with fights between bartenders, fights between strippers, and the mild mannered general manager who keeps it all together and says that the drama is “pretty much every night for me.” Â As of right now there is no information about when the show will air. Â And please be careful as it is definitely Â NSFW.

Terry Elliot, a successful entertainment entrepreneur and business mogul, took over the club when it was on its last strings, literally. He put together an amazing team to breathe life and culture back into this otherwise defunct club. This is the story… The story of the money, the girls, the people, the fame and the love. Taking a page from HBO’s hit series CATHOUSE, and FULL THROTTLE, MAKE IT RAIN will be an amalgamation of docu-drama and sexuality, but at the very heart of the piece is a real story. Terry managing a thriving business and juggling his other business ventures. At the same time, being a father figure to his employees, giving advice, coaching, paternally guiding some of the girls, making sure that his team of managers (the four horse men) and his self are on the same page, keeping his “A” list celebs clients, music entertainers and athletes happy…and doing all of this as a happily married man with a family of his own!