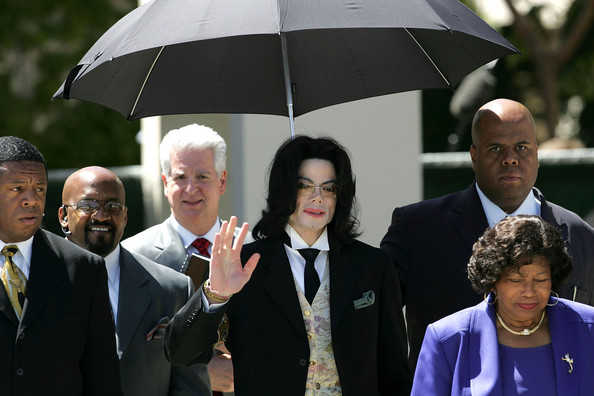 Michael Jackson’s estate is taking his mother’s business partner to court. A lawsuit filed in L.A. County Superior Court on Thursday claims Howard Mann violated copyright, trademark, and cyber piracy laws by profiting on the music icon’s name and likeness. Estate lawyer Howard Weitzman tells TMZ.com, quote, “The estate had hoped Mann would voluntarily cease his conduct but that was not to be.” Weitzman goes on to say the people shouldn’t be, quote, “allowed to exploit the legacy of one of the world’s most recognized talents for their own benefit.” The lawsuit did not include Michael’s mother, Katherine Jackson, as a defendant.
Meantime, Jackson’s estate is also blocking Los Angeles’ ArcLight theater from showing the 1988 film “Moonwalker.” The film, which was never released in the U.S., belongs to Jackson’s estate, but executors are not willing to make the movie “available for rent at this time.” Fortunately for Jackson fans, the estate tells TMZ they may release “Moonwalker” at a later date. Michael Jackson’s “Moonwalker” features several short films made by the singer, as well as a 25 minute clip for “Smooth Criminal” and a cameo by actor Joe Pesci.