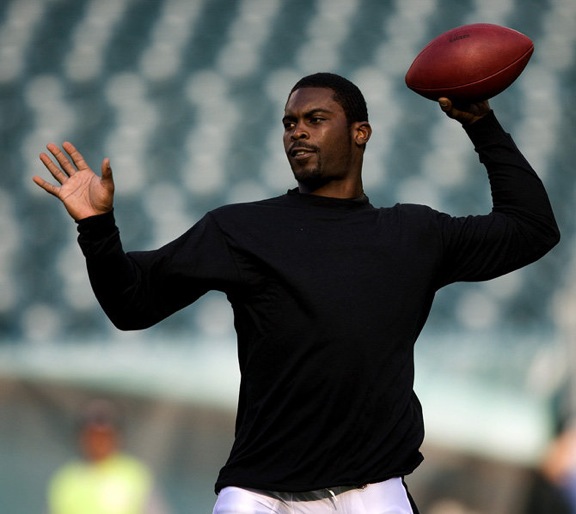 Philadelphia Eagles quarterback Michael Vick has reportedly been denied permission to travel by his probation officer. According to Philadelphia TV station NBC 10, which cites Vick’s crisis manager, the quarterback has been denied traveling privileges as of July 9. Vick reportedly missed two scheduled appearances at a football camp in Baltimore and a golf tournament in Atlanta this weekend.
The report comes weeks after a shooting that occurred outside a restaurant celebrating his 30th birthday. Vick was cleared as a suspect and no charges were filed in the case, but he was reported to have been in a confrontation prior to the incident. Vick is still on probation in connection with his infamous 2007 dogfighting case, and must have his travel plans approved.