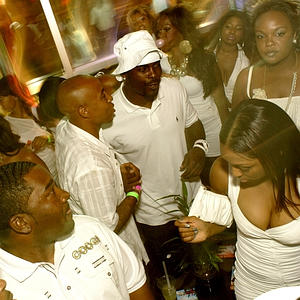 The New York Post reportedÂ  that the Â National Football League and the Philadelphia Eagles are gathering information on the shooting that occurred after Michael Vickâ€™s birthday party last Thursday outside of Virginia Beach. (Not again) The league is checking to see if the player conduct policy was violated or if Vick violated his federal probation order. Heâ€™s under probation for three years as part of his federal dogfighting conviction.Vickâ€™s attorney stated that he was not involved in the shooting. Falcons wide receiver Roddy White, who went to help at Vickâ€™s youth football game and was at the party, said they both had left long before the shooting occurred. â€œWe have been looking into it to determine the facts,â€ NFL spokesman Brian McCarthy said in an e-mail Sunday sent to USA Today. NFL commissioner Roger Goodell addressed Vickâ€™s plight at the rookie symposium to reporters last night.â€œObviously, weâ€™ve got to look and see whether there was any violation of policy,â€ Goodell said.Â Â  One of his former dog fighting pals, Quanis PhillipsÂ was shot and the point is he wasn’t invited and Â Vick is on the papers and can’t deal with him.Â  Let’s hope he doesn’t get in trouble for something he didn’t do. However, this shows you that you have to watch your inner circle. Including you too Roddy White.Â – Courtney L.