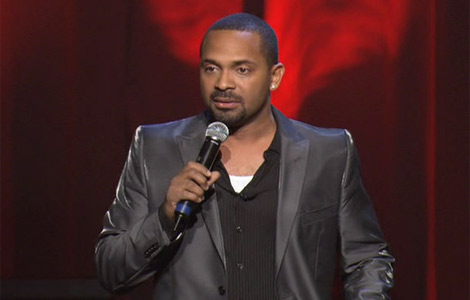 Jumping the Broom star Mike Epps or Da Da as I like to call him was served legal papers during his stand-up show this past weekend in Texas. The legal papers were from a fight Epps had in December with a phtographer at a Detroit night club.

The video shows a lady throwing papers on the stage in the middle of his performance and walking off. Check the video of Mike’s response to being served the papers:

According to TMZ, the Detroit photographer claims that he suffered a â€œbrutal beatingâ€ from Mike Epps while attempting to take photos of him at a club and he also claims that once he made it outside, several member of Eppsâ€™ entourage fired shots at him.

Check out the video of the fight between Mike and the photographer:

My dude Mike was pissed as he should have been. You don’t come on somebody job and serve them papers in front of thousands of people to try to embarress them. In the end, I think the rent a cop was the one embarresed.